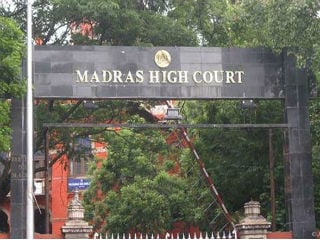 The Madras High Court ruled on Friday that a person “cannot carry his caste after conversion to another religion.” The remark was made while rejecting a man who converted to Islam from Hinduism’s claim of backward class reservation.

Justice GR Swaminathan on December 1 dismissed the plea of a petitioner challenging the action of the Tamil Nadu Public Service Commission (TNPSC) treating him as the ‘General’ category in the Combined Civil Services Examination-II (Group-II Services) instead of Backward Class Muslim.

Justice Swaminathan citing multiple Supreme Court judgments observed that once a person born a Hindu converts to another religion that does not follow or recognize the caste system, the converted person would no longer belong to the caste he was born into.

Relying on the Supreme Court judgment in the Kailash Sonkar vs Maya Devi case which ruled that the caste of a Hindu is determined by his or her birth. Therefore, if a Hindu converts to Christianity or Islam, or any other religion that does recognize the caste system, he or she ceases to belong to that caste. Upon reverting to the original religion the person automatically will belong to the caste he was originally born into.

The High Court also stated that whether a person who has converted to another religion is eligible for community reservation is a matter before the Supreme Court. As a result, it will not be appropriate for the High Court to decide on the matter.

The TNPSC’s decision was therefore upheld by the court, which declined to intervene and held that the decision of the commission was right.

He did not make the merit list, and the response to his RTI request revealed that the TNPSC treated him as a general-category applicant rather than a Backward Class Muslim applicant.

He claimed that by converting to Islam, he was exercising his fundamental right to practice any religion he desired. However, prior to his conversion, he was an MBC, and the state of Tamil Nadu identified some Muslim communities as belonging to the Backward Class.

The petitioner argued that the TNPSC should have considered his candidacy in the Backward Class community.

The petition was opposed by the state government, which claimed that the TN government did not recognize all Muslims as belonging to the Backward Class.