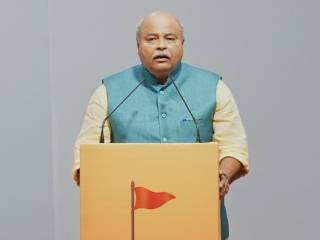 Central Information Commissioner Uday Mahurkar, in his order, in an appeal concerning an RTI application to the Delhi Waqf Board stating that the apex court of the country acted in violation of the provisions of the Constitution in passing judgment in ‘All India Imam Organisation And Ors vs Union Of India And Ors’ on May 13, 1993.

Mahurkar said that the order set a wrong precedent by opening the doors to special financial benefits from the public treasury only for Imams and muezzins in the mosques, adding that it became a point of unnecessary political slugfest and also social disharmony in the society.

The commissioner contended that the court’s order was akin to special benefits granted to the Muslim community before 1947 that played a pivotal role in fostering pan-Islamic and fissiparous tendencies in a section of Muslims, ultimately leading to the nation’s partition.

“Giving salaries to Imams and others only in mosques amounts to not just betraying the Hindu community and members of other non-Muslim Minority religions but also encouraging pan-Islamist tendencies amongst a section of Indian Muslims which are already visible,” Mahurkar said.

Mahurkar emphasised how the top court’s 1993 order proved counterproductive for the social harmony of the country. “Steps like giving special religious benefits to the Muslim community only like the one taken up in the present matter in fact severely affect inter-faith harmony as they invite contempt for Muslims as a whole from a section of the ultra-nationalist population,” Mahurkar wrote.

The matter is related to the second appeal in connection with an RTI application filed by activist Subhash Chandra Agrawal seeking details pertaining to the salaries of Imams and helpers in mosques in Delhi that are paid by the Delhi Waqf Board (DWB). It is related to a news report about an announcement made by the Delhi CM in 2019 that salaries to Imams and helpers in mosques under Delhi Waqf Board will be increased by the board.

But, the representatives of the DWB submitted before the commission that the honorarium paid to the Imams and Muezzins in Delhi was in accordance with the 1993 order of the apex court and the DWB only pays honorariums and not salaries.

The Law Officer of DWB informed the commission that with respect to the 1993 order of the top court by Justice Sahai, it is the responsibility of the state and Delhi Waqf Board to maintain Imams and others.

Asking the DWB and the CM”s office to provide complete and detailed information, the commissioner said, “Those who justify such steps in the name of protection to religious minorities raise a question that if a particular religious minority has a right to protection, the majority community, too, has a right to protection in a multi-religious country where it is incumbent that the rights of the members of all religions are protected equally in the interest of inter-faith harmony and unity of the nation.”

The commissioner, therefore, ordered its registry to forward a copy of the order to the Union Law Minister with the commission’s recommendation for suitable action to ensure the enforcement of provisions of Articles 25 to 28 of the Constitution of India in letter and spirit. ​