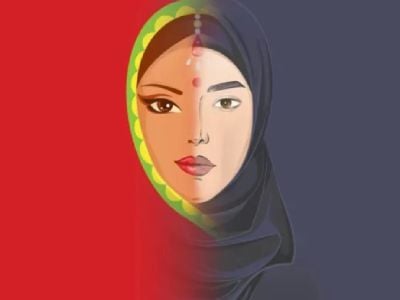 According to reports, three people, including a woman doctor, were charged in Mangaluru under the Karnataka Protection of Right to Freedom of Religion Bill, 2022, for allegedly attempting to convert a girl to Islam against her will.

The police filed an FIR after receiving a complaint from the 20-year-old victim’s mother, who stated that she used to work at New Fans Bazar in Bikarnakatte and used to recharge her phone at a shop owned by one Khalib in Kaikamba.

Khalib ultimately befriended the victim, and offered her a better job and compensation. According to the girl’s allegations, he took her to his relative’s house in Kallapu on January 14, 2021, where she was introduced to a woman who compelled her to perform namaz and read the Quran. She alleged they tried to convert her to Islam by force. The woman has also accused Khalib of assaulting her after taking her to the home of a relative.

An FIR has been lodged against three people including a female doctor for allegedly trying to forcibly convert a girl to Islam in #Karnataka's Mangaluru.https://t.co/kTrmT4Sm5p

According to the complaint, the victim, who is a resident of Mangaluru, was given a burqa, was told to change her name to Ayisha, and was threatened to convert to Islam. On January 17, 2021, the victim came home and concealed the incident from her family for fear of negative consequences.

She worked in a house for eight months before being hired by a woman named Rukiya at another residence in Kasargod. She was employed there for seven months. While she was working there, a coworker named Sainaz offered her a position at the home of Dr Jameela and her husband Dr Sayyed, as per the complaint.

The complainant said that while working at their house, Jameela coerced her into donning a burqa and presenting herself as a Muslim woman. In October, she announced her resignation from her job, claiming she had mental health problems. In the meanwhile, the woman received a message from a man from Bhadravathi named Aiman who urged her to start dating him. She had travelled to Bhadravathi to meet him.

The complainant has requested that the police investigate Khalib, Dr Jameela, Aiman, and Khalib’s relatives for allegedly pushing her to convert to Islam. Sections 3 and 5 of the Karnataka Protection of Right to Freedom of Religion Ordinance 2022, as well as sections 354, 354(A), and 506 of the IPC, are all being used by the police to prosecute all the cases.