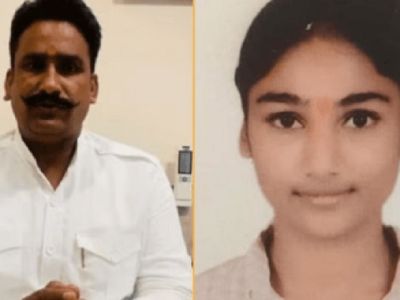 The Jaipur police Friday brought back Rajasthan Congress leader Gopal Keshawat’s daughter to Jaipur from Ahmedabad. The police confirmed that the 22-year-old was not kidnapped but went to Ahmedabad on her own accord with her friend Waseem Akram.

Notably, on November 22 it was reported that the Rajasthan Congress leader had filed a kidnapping report with the Pratap Nagar PS in Jaipur wherein he alleged that his daughter was abducted in broad daylight while she was purchasing vegetables. On Wednesday, two days after she went missing, the former Congress minister had also staged a dharna outside the police station.

When the police brought Abhilasha Keshawat back to Jaipur and produced her before the magistrate’s court, she reportedly admitted before the judge that she went on her own will. She stated that she was an adult and refused to live with her father. Abhilasha told the magistrate that she intended to pursue her education alone in Delhi.

DCP (East) Karan Sharma said, “She said that she does not wish to go to her parent’s house. As per her Aadhaar card, her age is 22.”

Sharma added that she repeated the same statement before the court. A student at Delhi University (DU), she had allegedly lied to her parents over the phone that she was being abducted.

Sharma stated that the police investigated CCTV footage and found her scooter near Airport Road. Other CCTVs were inspected and it was discovered that Abhilasha had gone to Ajmer Road and then taken a private bus to Ahmedabad. The police then analysed technical evidence and discovered that she was communicating with a friend in Ahmedabad.

A police squad was subsequently dispatched to Ahmedabad, where she was found on Thursday. She was subsequently taken to Jaipur, where she stated her desire to not return to her parent’s home. According to the police, because she is not a minor, she is free to make her own decisions.

It may be recalled that the Rajasthan Congress former minister had told the police that he had received a phone call from his daughter moments after she was abducted. She reportedly told him that some hooligans were stalking and pursuing her. She requested that he come to her aid as soon as possible.

The former minister further said in his complaint that when he arrived at the location he was unable to find his daughter. Her cell phone is also turned off. Gopal Keshawat in his complaint filed at Pratap Nagar police station named Jai Singh, Vijendra, Devendra, and Radha as those suspected in connection with the kidnapping of his daughter.