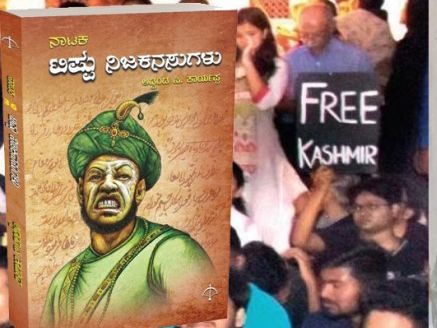 On Tuesday, November 22, 2022, the Additional City Civil and Sessions Court in Bangalore stayed the distribution and sale of a book about Tipu Sultan in response to a petition filed by the former Chairman of the District Wakf Board Committee. The petition claims that the book propagates inaccurate information about Tipu Sultan, the 18th-century Islamic ruler of the former Mysore province.

According to the court order, the book “Tipu Nija Kanasugalu” (Real Dreams of Tipu), authored by Rangayana director Addanda C. Cariappa, is prohibited from being sold by the author, publisher Ayodhya Publication, and printer Rashtrotthana Mudranalaya until December 3.

Notably, Former District Wakf Board Committee Chairman BS Rafiulla filed the lawsuit, alleging that the book contains erroneous information about Tipu Sultan with no historical foundation or justification. Furthermore, he claimed that the word “turukaru,” which appears in the book, is an insult to Muslims. He claimed that the publication of the book would cause turbulence and social upheaval, disrupting public harmony.

Taking the petitioner’s arguments into account, Additional City Civil and Sessions Court judge JR Mendonca ruled, “If the contents of the book are false and it contains false information about Tipu Sultan, and if the same information is distributed, it would cause irreparable loss to the plaintiff, and there is a chance of breach of communal peace and harmony.”

The court also observed, “If the book is circulated pending the appearance of the defendants, the purpose of the application itself would be defeated. It is common knowledge that controversial books sell like hotcakes. Therefore, at this stage, the balance of convenience is in favour of the plaintiff in granting the order of injunction.”

Notably, sessions court judge Jerald Rudolph Mendonca or JR Mendonca had previously granted interim bail to Nalini Balakumar, a Mysore University alumna who held a ‘Free Kashmir’ placard during anti-CAA protests at Mysore University. The girl was charged with the offence of sedition under section 124(A) of the Indian Penal Code (IPC).

Following that, the Mysuru Bar Association denied the victim legal aid and stated that they would not represent the victim, whom they claimed was involved in anti-national activities. Even the lawyer who was representing her had withdrawn from the case. However, some lawyers eventually defied the boycott and sought to take up her case.

#Mysuru Bar Association took a decision to not represent Nalini Balakumar, who is facing sedition charges for holding #FreeKashmir placard during a protest. Association president Anand told @XpressBengaluru that they have taken a decision to not offer any legal services to her. pic.twitter.com/i6lJ29cfRT

Mendonca while granting bail to Nalini had stated at the time that the alleged offence was not solely punishable by death or life imprisonment. The court also stated that Nalini Balakumar has no criminal history and no ties to any banned organisation. According to the court, the petitioner immediately accepted that she had shown the placard and had explained her position in the matter, and she was also cooperating with the investigation. Mendonca also said that freedom of speech is necessary for the success of democracy as an individual has the right to express their opinion on having correct knowledge of the issues.