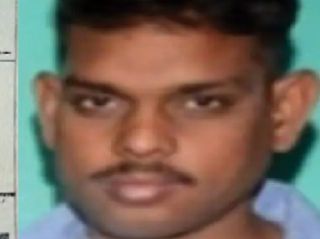 In Rajasthan’s Ajmer district, a case of fraud to get a job in the Indian Army has been reported. A person named Moinuddin obtained a death certificate declaring himself dead in order to join the army. Not only that, but he had joined the army by changing the name on his Aadhaar card to Mohin Sisodia.

According to the media reports, Moinuddin’s younger brother Asif, a resident of Kakaniyawas village in Ajmer’s Bandarsindri police station area, joined the army in 2018. Moinuddin wanted to join the Indian Army as well. But he was past the maximum age to be recruited into the army. As a result, his father, Mohammad Noor, conspired with the sarpanch to obtain his death certificate. According to his death certificate, accused Moinuddin died on August 18, 2019.

Following this, Moinuddin enrolled in the 9th class as Mohin Sisodia at the Bal Krishna Bharti School in his neighbouring village of Nulu. He was admitted as Mohin Sisodia, with a birth date of November 6, 2001. Following that, he passed 10th from the same school in 2019 and a 12th in 2021.

As per current recruitment rules, a serving army personnel can recommend a blood brother. The other preference categories under Unit Headquarters Quota (UHQ) recruitment include Sons of Widow (SOW), Sons of Serving Soldiers (SOS), and Sons of Ex-Servicemen (SOEX).

How the fraud was exposed

While Moinuddin was under training, Gafoor Khan, a resident of Saali village informed the army about Moinuddin’s fraud through a letter. Upon investigation based on Gafoor Khan’s information, it was found that Moinuddin had forged documents to join the Indian Army. Consequently, Moinuddin has been sacked and an FIR has been registered against him on the basis of the letter by an Indian Army officer to the Ajmer Police.