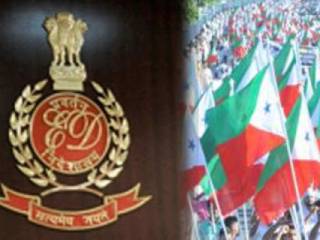 After a local court took cognizance of its most recent charge sheet filed against three PFI office bearers, The Enforcement Directorate (ED) asserted on Monday that the outlawed radical Islamist organisation Popular Front of India (PFI) has a “well-structured and organised” presence in the Gulf countries for raising and mobilising funds.

A special Prevention of Money Laundering Act (PMLA) court at Patiala House accepted the charge sheet from the federal investigating agency on Monday.

The document was filed on November 19 in order to press money laundering charges against Perwez Ahmad, Mohammad Ilias, and Abdul Muqueet, who were arrested on September 22 following nationwide raids against the PFI by NIA, ED, and various state police units. Following these raids, the authorities outlawed the radical organisation.

According to the ED, Ahmad managed the organization’s fund-raising and public relations activities as president of PFI’s Delhi section. Ilias, the Delhi unit’s general secretary, solicited funds for PFI and related organisations in the NCR region. Muqueet, the Delhi PFI’s office secretary, was also deeply engaged in the organization’s fund-raising operations, as per reports.

Links of PFI to Delhi riots deepen. ED's charge sheet mention that PFI members have been active in certain Gulf countries from where funds were received in 5 PFI accounts in Delhi. Since 2003 about 60 crores were transferred into the accounts.@nielspeak shares more details pic.twitter.com/1mGdysOusF

As per the agency, the proceeds of crime were collected, stashed, layered, consolidated, and then portrayed as untouched money in PFI’s bank accounts. The ED has temporarily attached Rs 86.36 lakh from the PFI’s 24 bank accounts and Rs 8.22 lakh from Rehab India Foundation, a linked organisation of the PFI.

The central agency stated, “Proceeds of crime mobilised and remitted in the form of cash have been deposited in PFI’s bank accounts by falsely projecting them as cash donations from its sympathisers/members.”

“These foreign funds are not directly deposited in the accounts of PFI, rather they are clandestinely routed to India through underground and illegal channels or sent to India in the guise of foreign remittances into the bank accounts of sympathisers/office bearers/members and their relatives/associates held in India and thereafter transferred to PFI’s bank accounts,” the ED further added.

On September 27, the Ministry of Home Affairs, Government of India banned the Islamist organisation Popular Front of India (PFI) and its associated or affiliated fronts with immediate effect for a period of five years by exercising its powers under sub-section (1) of section 3 of the Unlawful Activities (Prevention) Act, 1967 (UAPA).

The government said that during the investigation, it was established that PFI created the associates or affiliates or fronts with an objective to enhance its reach “among different sections of the society such as youth, students, women, Imams, lawyers or weaker sections of the society with the sole objective of expanding its membership, influence and fundraising capacity.”