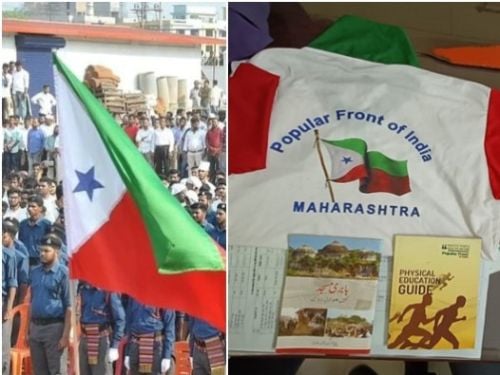 On Saturday (November 19), the Enforcement Directorate (ED) filed a chargesheet against several office bearers of the now-banned Islamist out Popular Front of India (PFI) in a special court in Delhi.

Notably, the Islamic extremist outfit was banned for five years in September of this year for allegedly having terrorist links.

The chargesheet will be taken into consideration on November 21. ED filed the chargesheet in Delhi’s Court through Special Public Prosecutor (SPP) Naveen Kumar Matta and Advocate Mohd Faizan Khan.

“A new complaint has been filed under section 44 r/w section 45 of the Prevention of Money Laundering (PML) Act for the commission of an offence under section 3 r/w section 70 of the PML Act. It will be verified and registered. Put up for consideration before the concerned court on November 21,” the Sessions Court noted.

According to the ED, the three accused have admitted that they were involved in raising bogus cash donations on behalf of PFI and projecting the unaccounted cash received by PFI as legitimate.

In its chargesheet, ED mentioned that it has been found in the PMLA investigation that suspicious funds from within the country and abroad were raised by the accused PFI office bearers as a part of a larger conspiracy. These funds raised by PFI and related entities were covertly remitted to India and deposited in their bank accounts over the years.

“These funds were raised as part of the scheduled criminal conspiracy. PFI’s funds are thus nothing more than the proceeds of crime, which they have layered, placed, and integrated through their numerous bank accounts as well as those of their members or sympathizers. Thus, PFI and its related entities have been continuously involved in money laundering over the years,” ED noted.

Statements and bank details of several PFI organizations and individuals were examined during the investigation.

“In this case, the non-cooperative and evasive attitude of Perwez Ahmad, as well as his deliberate attempts to avoid joining the investigation in light of new evidence, namely the statements of so-called donors and evidence seized from various locations during searches, create further suspicion about his activities and involvement in money laundering,” the ED added.

“It is clear that Perwez Ahmad intentionally withheld disclosure of true facts and intentionally lied to mislead the investigating officer when his statements were recorded under section 50 of PMLA, 2002,” ED added.

Earlier, the ED stated that over the years, more than Rs 120 crores have been deposited in PFI and its related concerns, with a large portion in cash. According to the investigation, funds were collected from abroad, layered, transferred, and used for purposes such as the 2020 Delhi riots, the visit of PFI/CFI members with the intent to disrupt communal harmony in Hathras, the simultaneous launch of attacks, training, and carrying out attacks on individuals.

According to the chargesheet, the PFI organized training camps with the intent of causing disruption during the PM’s visit to Patna on July 12 and preparing to possess literature with the intent of posing a threat to the nation’s unity, integrity, and security.