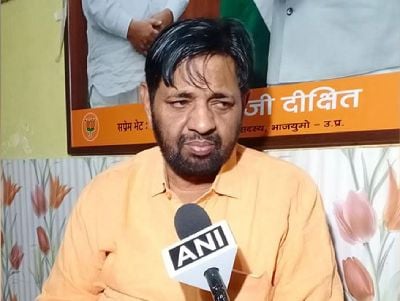 Union Minister Kaushal Kishore has urged Muslim clerics to issue a fatwa directing Muslim men not to target Hindu girls in the wake of the deaths of Hindu women in interfaith relationships.

The minister’s remark came after the horrifying death of Shraddha Walkar, who was butchered by accused Aftab Amin Poonawala into 35 pieces, and the death of another Hindu girl named Nidhi Gupta, who was pushed to death from the fourth floor of a residential building in Lucknow by her boyfriend Mohammed Sufiyan for refusing to convert to Islam.

The minister argued that Islam does not permit eve teasing, blackmailing, and such targeting of girls. Kaushal Kishore highlighted that live-in relationship is not allowed in Islam.

Notably, Union Minister Kaushal Kishore recently met Nidhi Gupta’s family and gave assurance that the Yogi Adityanath government will make sure that the accused Mohammed Sufiyan gets the strictest punishment under the provisions of the law.

Furthermore, Kishore also raised concern over live-in relationships and said that educated girls should not get into such relationships. This, however, the minister said in the wake of rising crimes against women.