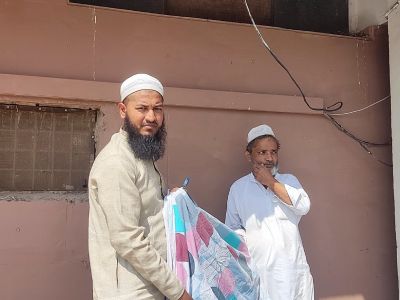 Speaking to OpIndia, Aggarwal said, “I was with my friend Jayant Sharma at the Panchkula Bus Stand when we noticed these two people were offering namaz right inside the premises. When we objected and asked them not to do so, they refused to adhere and completed their prayers. Meanwhile, we approached the Police Beat Box located inside the Bus Stand and urged the Police personnel present to take action against them. However, they said there was no rule against it.”

Jayant Sharma said, “What if Hindus start using public places and government properties for offering prayers like this? Won’t they stop us? Such practices must be stopped. We are law-abiding citizens. There are places of worship where they can offer namaz.”

It is noteworthy that Maheshpur Jama Masjid is a just little over two kilometres away from the Panchkula Bus Stand.