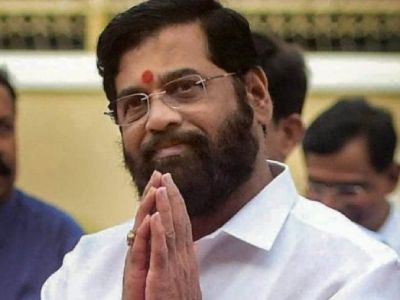 On Saturday, the Maharashtra government issued a Government Resolution (GR) making it mandatory for all government employees to greet with ‘Vande Mataram’ instead of saying ‘hello’ while receiving calls from officials or citizens. The resolution comes into effect on October 2, as part of the Amrit Mahotsav.

According to the general administration department’s resolution, state officials have also urged heads of departments to encourage their teams to make this change successful.

Furthermore, the resolution stated that hello is an imitation of western culture, invokes no affection, and is meaningless. The resolution also asserts that numerous freedom fighter laid their lives singing ‘Vande Mataram‘, a song written by Bankim Chandra Chatterjee.

In August, when the Eknath Shinde faction of Shiv Sena formed the government in the state, Maharashtra minister Sudhir Mungantiwar proposed the directive immediately after chief minister Eknath Shinde distributed state cabinet portfolios, he made the statement as one of his first decisions.

“The country is celebrating the 75th year of Independence and in accordance with its appropriateness, it was decided that the government personnel will no longer use hello but instead start their telephone conversation with Vande Mataram,” BJP leader Sudhir Mungantiwar had remarked.

While the BJP applauded the Maharashtra government’s decision, the Samajwadi Party (SP) condemned it, accusing the BJP of once again attempting to polarise the populace and CM Eknath Shinde of bowing into their pressure.