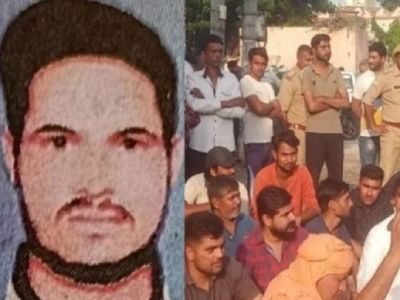 The Meerut police have arrested the two main accused Asif and the 40-year-old Faimidu Nat who brutally beheaded the 20-year-old Hindu man Deepak Tyagi in Parikshitgarh in Uttar Pradesh’s Meerut district on September 27, 2022. Faimidu was the father of the Muslim girl with whom Deepak Tyagi was allegedly in a relationship.

Reportedly, the duo’s arrest came after the police recovered the severed head of the deceased youth, five days after his headless body was found in a sugarcane field. Furthermore, the police team also recovered the murder weapon (a sword) the accused had used to behead Deepak Tyagi.

According to the police, the victim’s illicit relationship with the married daughter of Faimidu Nat led to the murder. The Meerut police department took to Twitter to share the recent update on the case.

“Deepak was killed with a sword. His severed head was discovered about five kilometres from the field where his corpse was discovered. The accused men plotted the crime in such a manner so that the victim could not be identified by the investigating authorities,” Rohit Sangwan, SSP Meerut, told the media.

He further informed that Deepak Tyagi was in an inebriated state on the night of the murder. The accused saw this as an opportunity to attack and kill him.

“At night, an inebriated Deepak was resting near a tubewell in the village when the accused men attacked him,” he claimed. Both accused have been charged under Section 302 of the Indian Penal Code (punishment for murder), SSP Sangwan said.

UP: Hindu man Deepak Tyagi beheaded allegedly over relationship with a Muslim girl 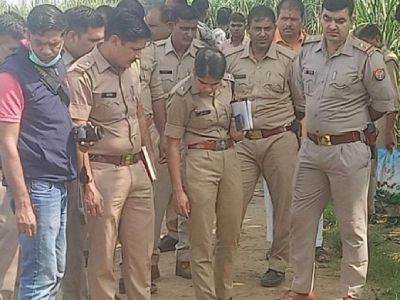 A shocking case of Taliban-style beheading in Parikshitgarh in Uttar Pradesh’s Meerut district has come to the fore in which 20-year-old Deepak Tyagi was murdered. Deepak Tyagi’s father has filed a complaint against unknown attackers. So far the police have not been able to find the head despite many efforts. Based on the nature of the murder, the police suspect that the perpetrators are from another village. The police started interrogation by taking six people of Ahmedpur Badhala into custody.

The outraged villagers protested against the murder after the discovery of the dead body. SSP Rohit Singh Sajwan, SP Dehat Keshav Kumar, SP Crime Anit Kumar, and CO Amit Rai arrived at the scene and spoke with the residents. Even Dinesh Khatik, Jal Shakti Minister of State, reached out to the people and consoled them. The dog squad was also pressed into service, but the head was not found.

Locals had blocked the road in protest and it was only after minister Dinesh Khatik assured strict action that the road was cleared.

As per a report, Deepak Tyagi had an affair with a daughter of a hairdresser from another community. Police have taken the girl’s relatives into custody and are questioning them to follow this lead. Deepak’s family members had opposed this relation but to no avail.

Deepak Tyagi was the youngest of Dhirendra aka Bhagatji’s four daughters and two sons. He and a family servant had gone to their fields to get fodder. Although he returned after a while, but went missing again, as per the reports.

The family of Deepak Tyagi has refused to conduct the last rites until the head is found. SSP Rohit Sajwan said that the police are operating on four fronts. On each line, different teams have been deployed. The informer system has been used to deploy all police teams. Following the family’s refusal to carry out the last rites, SSP Rohit Sajwan and SP Dehat Keshav Kumar set up camp at the police station. The Crime Branch and the local police are working together to solve the murder.