On Monday, the Maharashtra Police arrested a person named Mohammad Iqbal Sheikh for murdering his wife in the Tilak Nagar area of Mumbai. Sheikh’s wife, a Hindu by religion, was reportedly murdered for refusing to wear burqa and follow Islamic rituals and practices.

According to a report published by Aaj Tak, the victim Rupali and the accused had been married for three years and had a son to look after. The duo, however, were not living together due to the ongoing domestic scuffle between them. The incident is said to have happened on the evening of Monday, September 26 when Sheikh met his wife and forced her to follow Islamic rituals and practices. When she refused to give in to his diktats, he took a sharp knife and slit her throat before fleeing from the spot. 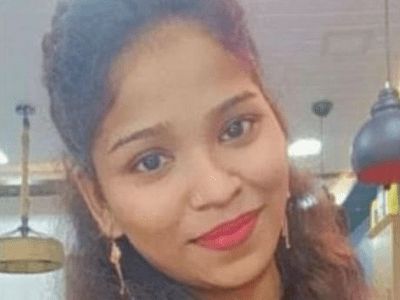 Deceased Rupali was Iqbal’s second wife. The accused had divorced his first wife as she could not conceive a child. The accused then trapped the Hindu victim in a love affair and got married to her three years ago. Reports mention that the accused used to force Rupali to wear a burqa and follow Islamic rituals and practices soon after the two got married.

The duo used to scuffle over the issue after Rupali refused to wear a burqa. Fed up by the daily arguments, the victim decided to separate from Iqbal and started to live alone with her son. On Monday, Iqbal went to meet Rupali to convince her to return home with their son. He also forced her to wear a burqa and follow Islamic rituals.

Amid the heated argument, Rupali then urged for divorce which enraged the accused. He pulled her tight and then slit her throat with a sharp knife. Locals from the Tilak Nagar area gathered as the victim screamed in pain. They later informed the police who arrived at the spot for investigation.

The accused had fled from the spot after the locals gathered. However, the police managed to arrest him. During the investigation, the sister of the victim confirmed that the accused used to force Rupali to follow Islamic rituals and wear a burqa. The Police are interrogating the accused and are further investigating the case.