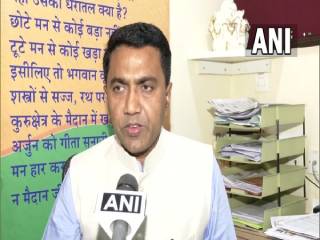 Goa Chief Minister Pramod Sawant informed on Sunday that around 20 Bangladeshi immigrants, who were arrested for living in Goa with bogus documents and operating illegal businesses, will be deported to Bangladesh. The arrests have been reported to the Ministry of Home Affairs (MHA) by the state government, and they will be deported soon.

“Over 20 Bangladeshi nationals, who were running illegal businesses in diff parts of Goa, have been arrested. These people didn’t have Indian addresses, voter ID cards,” Goa CM told ANI.

He further stated that a search is underway in the coastal state to apprehend such illegal immigrants operating illegal businesses here. “Search on for more such people; they will be deported to Bangladesh. Home Ministry informed of the same,” he continued.

Over 20 Bangladeshi nationals, who were running illegal businesses in diff parts of Goa, arrested. These people didn't have Indian addresses,voter ID cards. Search on for more such people; they'll be deported to Bangladesh. Home Ministry apprised of the same: Goa CM Pramod Sawant pic.twitter.com/ljs4XsdF2P

The CM also asked people in the state to rent out houses only after police verification of the tenants and getting full details about them. “I call upon people to verify details of their tenants like where they have come from and what is the purpose. There are many people who are staying in the state and indulging in criminal activities. If rooms are to be rented out then police verification must be done,” he said.

The Goa Police Anti-Terrorist Squad (ATS) recently identified 22 illegal Bangladeshis. This was brought to light during the ATS’s two-month verification drive of tenants and foreigners. According to ATS Superintendent of Police Shobhit Saxena, these Bangladeshi nationals have been living unlawfully in Goa for the previous 4-5 years, using bogus documents. Fake documents were created in other states and Bangladeshi cards were recovered from them. They were presented at the Regional Registration Office for Foreigners. Their movement has been prohibited.