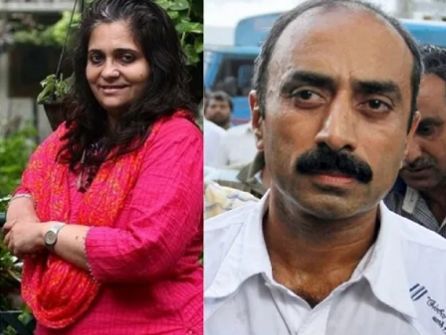 In the case of forgery of evidence related to the Gujarat riots of 2002, the Gujarat Special Investigation Team (SIT) filed a charge sheet against Mumbai-based activist Teesta Setalvad, retired DGP R B Sreekumar, and former IPS officer Sanjiv Bhatt on Wednesday.

According to Deepan Bhadran, the deputy inspector general of police and head of the SIT and the Anti-Terrorism Squad (ATS), the charge sheet was submitted against the three on Tuesday in the court of the chief metropolitan magistrate in Ahmedabad.

Setalvad was released on bail on September 2 after her arrest in the last week of June, while Sreekumar, who has been in detention since their arrest on June 25, has filed a bail plea with the Gujarat High Court. The plea will be heard on September 28. Bhatt is already imprisoned at Palanpur, having been sentenced in a 1990 custodial death case.

Setalvad, Sreekumar, and Bhatt have been charged under IPC sections 120 B (criminal conspiracy), 468 (forgery), 471 (using a forged document or electronic record as genuine), 194 (giving or fabricating false evidence with intent to procure conviction of capital offense), 211 (false charge of offense made with intent to injure), and 218 (public servant framing incorrect record or writing with intent to save a person from punishment or property from forfeiture).

The Ahmedabad Detection of Crime Branch had filed an FIR against individuals on the same accusations, based on a Supreme Court ruling that upheld the clean chit given to then CM Narendra Modi and his council of ministers and bureaucrats in 2002 Gujarat riots.

According to the charges, Teesta Setalvad is accused of tutoring witnesses to give false testimony against Narendra Modi in Gujarat riots cases. Similarly, R B Sreekumar and Sanjiv Bhatt are accused of false testimonies claiming that CM Narendra Modi had ordered police to go slow against riots that had broken up against the Godhra train burning. It was found that both police were not present in the meeting where Modi was accused of giving the instructions.