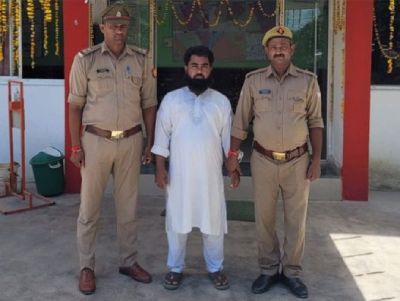 Mohanlalganj Police arrested a Muslim cleric named Maulana Phakhare Alam on August 17 for allegedly raping a 15-year-old girl under the guise of treating her with exorcism. As per reports, the cleric has confessed to the crime in front of the Police. A case against the cleric has been registered under Sections 406 and 376 of the Indian Penal Code and relevant Sections of POCSO Act.

UP | A Muslim cleric, Phakhre Alam, was arrested under sections of POCSO & 406, 376 of IPC for allegedly raping a minor girl at his house on pretext of religious treatment. He also threatened her to not tell anyone about it: Police Commissionerate, Lucknow (17.08) pic.twitter.com/xpyKcL5My6

Inspector-in-charge Kuldeep Dubey said in a statement that a 15-year-old teenager living in the village often went to Maulana Phakhre Alam, a resident of the Dariyapur Police Station area. In the complaint filed by the father of the girl, it was said that the cleric forcibly raped the girl. As per the complaint, four months ago, when the mother took the girl to the cleric, he took her into the room on the pretext of her exorcism and raped her. When the girl told her mother what had happened, she remained silent out of fear of society.

Around eight days ago, her father, who worked in Mumbai, came back home. The teenager informed him about the incident. On Tuesday, the father went to the Police station along with the girl and filed a complaint against the cleric. Upon receiving the complaint, Police raided several locations to arrest the cleric, but he was not found. Later, Police got a tip-off that the cleric was seen at the Railway Station trying to escape. When the Police reached the station, the cleric tried to run, but he was nabbed by Police and sent to jail.

Further probe into the matter is underway.