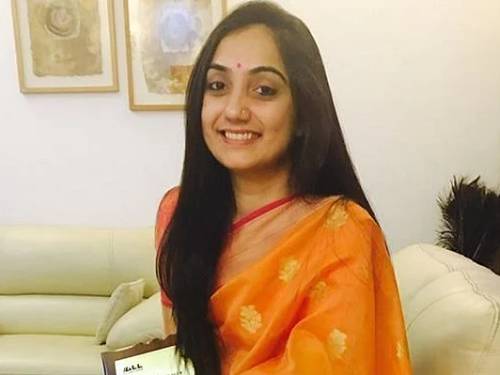 NEW DELHI: Global terrorist organisation al-Qaida has exhorted Indian Muslims to bring Nupur Sharma to “justice” for alleged blasphemy, aggravating the worry of intelligence agencies about the safety of the former BJP spokesperson who has already been in the crosshairs of serious jihadi threats for her controversial comments against Prophet Muhammad.

Al-Qaida, in its mouthpiece for the Indian subcontinent Nawa-e-Ghawa-e-Hind, detailed the “blasphemy” by Sharma and called for revenge in its latest issue which is also marked by an appeal to Muslims to arm themselves against the enemy for a “defensive jihad” and participate in the “nearest jihad” in Kashmir.

Intelligence agencies are specially worried for Sharma’s safety in the wake of recent attack on author Salman Rushdie in the US for alleged blasphemy decades ago.

Earlier, the Al-Qaida in Indian Subcontinent (AQIS) had in June issued a statement through its mouthpiece, as-Sahab, threatening revenge for Sharma’s comments. The AQIS had claimed that they were ready to blow themselves up in Delhi, Gujarat, Uttar Pradesh and Mumbai. “We will perish if we don’t protect the honour of the Prophet,” the AQIS had said. The video posted a question from AQIS chief Asim Umar — who belongs to UP’s Sambhal — asking if there was anyone who would sacrifice his life for the honour of the Prophet.

The incitement through Nawa-e-Ghazwa-e-Hind comes after the killing of Udaipur tailor Kanhaiya Lal and Amaravati pharmacist Umesh Kolhe by their neighbours and acquaintances for supporting Sharma. There have been instances of others who supported the former spokesperson suffering serious injuries, leading others to apologise.

Sharma has been living under police protection at an undisclosed place, with authorities recently upgrading her security in view of mounting threats.

The Supreme Court, which had earlier refused to take cognisance of the threat to her and turned down her plea for clubbing of FIRs filed in different states, recently allowed her plea despite protests by the West Bengal government.

With a photo of Osama Bin Laden on a side, the AQIS had said, “If your freedom of speech is uncontrolled then be mentally prepared to accept with a generous heart what we will do in view of it.” A caption alongside picture of Ayman al-Zawahiri asked Muslims where was their anger and dignity.

In the latest issue, the al-Qaida magazine also refers the Islamic State as “ostracised” and warns Muslims not to fall for it, indicating that the fierce turf war between the two outfits was far from over despite the death of their leader al-Zawahiri. It also talks about jihad in Bangladesh and Myanmar.

Strangely, the magazine (May-July issue), makes no mention of the killing of its leader al-Zawahiri in a drone strike in Afghanistan.

Al-Qaida has been a concern for the Indian agencies given their stronghold in neighbouring Afghanistan and the recent focus of their subsidiary, the AQIS, on India-centric events, including the recent controversies surrounding the hijab and the Prophet.

The Indian agencies are also curiously monitoring the possible successors of al-Zawahiri. As per latest global watchdog reports, Mohammed Salahaldin Abd El Halim Zidane alias Sayf-Al Adl — who is currently based in Iran — is being seen as the most likely successor. The other three probable successors are from al-Qaida in the Islamic Maghreb (AQIM) — Abdal-Rahman al-Maghrebi and Yazid Mebrak and Ahmed Diriye of al-Shabaab.