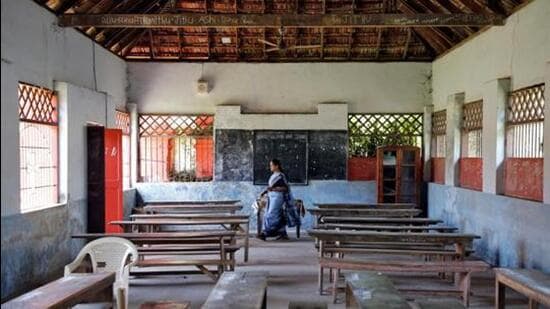 The Jharkhand government has directed deputy commissioners of all districts to take corrective measures after it noticed that the word Urdu was added to hundreds of non-Urdu primary schools in areas with a dominant Muslim population in the state, and the weekly holiday changed from Sundays to Fridays, government officials said on Tuesday.

In a written reply to BJP MLA Anant Ojha on Tuesday, the education department said that word “Urdu was added at the local level” in 407 schools across the state, while the weekly holiday was changed from Sunday to Friday in 509 schools.

“The word Urdu has been removed from 350 schools till now and weekly offs have been reversed to Sundays in 459 schools. It was found that children were praying with folded hands in one non-Urdu school each in Ramgarh and Garhwa districts, which has been changed, and the prayer is being held with joined hands,” the department said, adding that it is in the process of fixing accountability for the changes.

The matter was first reported by a local newspaper last month that said the changes were made in several non-Urdu schools in Muslim-dominated areas of Jamtara district in the state. Even as opposition parties cried foul, the education minister Jagarnath Mahto ordered a statewide survey of all such schools where rules have been violated.

Accusing the state government of providing wrong data, BJP legislator Anant Ojha said, “It shows how Islamisation of government schools is being done in the state. The government data itself says there are many schools where rules are still being violated.”

“As soon as it came to the notice of the government, the department has ordered action. Rules are being implemented. Accountability is also being fixed and action will be taken against those responsible,” Alam promised.

Officials in the education department said the most violations were reported from Deoghar district where the word Urdu was added to the name of 156 non-Urdu schools, followed by 88 in Godda district, 67 in Giridih district, 50 in Palamu district and 14 in Jamtara district.