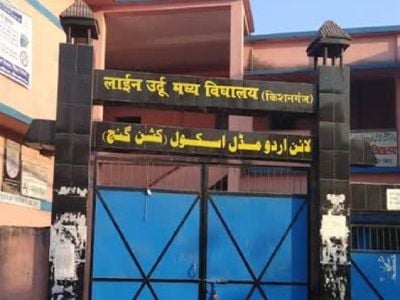 19 state-run schools in the Kishanganj district of Bihar have been taking Friday off instead of Sunday, according to a report published in Dainik Jagran. As per the Education Department, because the region is predominantly Muslim, government schools have been shut on Fridays for a long time. This action is not mandated by any specific order by the government.

It is pertinent to note that these are not all Urdu schools, but rather regular schools. According to Jharna Bala Saha, principal of Line Urdu Middle School, it is a Hindi school. More than 80% of the kids at the institution are Muslim. Since the school’s founding, Friday has been designated as a  holiday for Namaz, with normal classes held on Sunday. The school was founded in 1901.

Subhash Kumar Gupta, Kishanganj District Education Officer, stated that Friday is a weekend in the district’s minority schools due to an established custom and such schools have been operating in this manner since their inception. There is, however, no order in this regard. He said that I  t will be discussed with top officials in order for these schools to run smoothly like other institutions. According to Shaukat Ali, DPO of the Education Department, the district has no minority schools. All of the schools that have Friday off are regular schools.

Notably, some Jharkhand government schools have lately been in the news for similar Islamization as the schools in Bihar. Several state-run schools were reported to have made changes in response to the demands of the local Muslim community. Schools in districts of Jamtara and Dumka were discovered to be having weekly offs on Fridays instead of Sundays.