While urging the court to reject Alt News co-founder Mohammed Zubair’s bail plea, Delhi Police on Saturday said his company had received donations from Pakistan, Syria and other Gulf countries.

Counsel for the Delhi Police informed the Chief Metropolitan Magistrate that Pravda Media, the parent company of Alt News, of which Zubair is also a director, received over Rs 2 lakh through various transactions wherein either the mobile phone number or the IP address was of foreign countries.

“Donations are from Pakistan, Syria, so considering gravity, it’s not just a case of a simple tweet. The accused is Pravda Media director, he smartly deleted everything,” Delhi Police said, as quoted by ANI.

In light of these findings, Zubair should not be granted bail under any circumstances, police argued.

Court was also informed that police has invoked new provisions — sections 120B (criminal conspiracy) and 201 (destruction of evidence) of the Indian Penal Code and section 35 of the Foreign Contribution (Regulation) Act — against Zubair.

Earlier in the day, Delhi Police issued a statement with the analysis of a reply received from Razorpay, one of the payment gateways allegedly used for the foreign transactions under scrutiny.

“It was revealed that there were various transactions in which either the mobile phone number was of outside India or the IP address was of foreign countries and cities, including Bangkok, Australia, Manama, North Holland, Singapore, Victoria, New York, England, Riyadh Region, Sharjah, Stockholm, Abu Dhabi, Washington, Kansas, New Jersey, Ontario, California, Texas, Lower Saxony, Bern, Dubai, Scotland,” the police statement read.

A total of Rs 2,31,933 was received by Pravda Media through these transactions, it added. 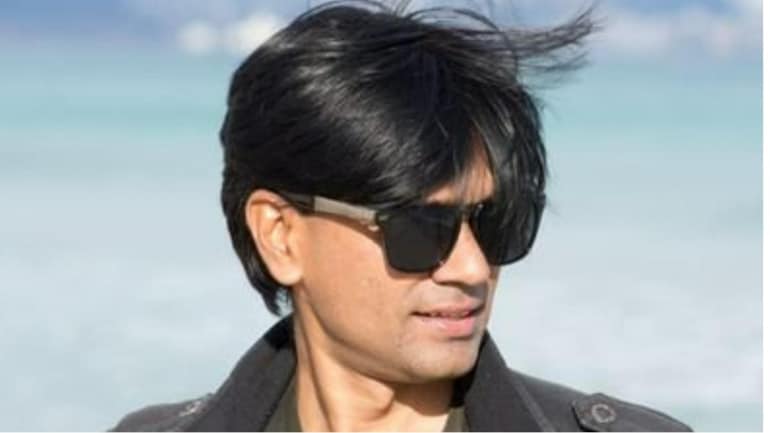 The Delhi Police on Monday arrested Mohammed Zubair, the co-founder of fact-checking website Alt News, for hurting religious sentiments and inciting riots. He was arrested based on a complaint by a man who tagged the Delhi Police on Twitter.

Zubair has been charged under sections 153 (Wantonly giving provocation with intent to cause riot) and 295A (Deliberate and malicious acts intended to outrage religious feelings of any class by insulting its religion or religious beliefs) of the Indian Penal Code.

Zubair was arrested by the IFSO (Intelligence Fusion & Strategic Operations) unit of Delhi Police after a Twitter handle alerted the police about tweets that were detrimental to communal harmony. He was summoned today for questioning in a 2020 case, but was arrested after this case was filed immediately.

“Today, during the course of investigation of a case registered at Special Cell police station, Mohammed Zubair joined the probe. After having sufficient evidence on record, he was arrested in the present case. He is being produced before a magistrate for seeking further police remand for the purpose of investigation,” the police said.

Delhi Police is also looking into the alleged role of Twitter profiles indulging in ‘Twitter storms’ stated by Zubair. The police stated that some of these tweets were recently deleted, but they are working on finding the trail.

Zubair in a tweet had posted an image with the caption: BEFORE 2014: Honeymoon Hotel. After 2014: Hanuman Hotel. A Twitter handle alerted the police about the post.

The Delhi Police examined the post and said it contained pictures and words against a particular religion and was highly provocative and done deliberately, which are more than sufficient to incite hatred among people.

In the complaint, it was alleged that Zubair had tweeted a questionable image with the purpose of deliberately insulting the god of a particular religion.

“Such tweets were getting retweeted and it appears that there is a brigade of social media entities, who indulge in insult mongering, thereby leading to a possible ramification on communal harmony and is overall against the maintenance of public tranquillity. Today, Mohammed Zubair joined the investigation in the case,” the police said.

“He was evasive about the questions and neither provided the necessary technical equipment for the purpose of the investigation nor cooperated in the investigation. During the investigation, the conduct of Mohammed Zubair was found questionable, which warranted his custodial interrogation to unravel the conspiracy in this matter,” the police added.

According to police, the tweet by Mohammad Zubair was found objectionable and subsequent tweets led to a series of questionable and derogatory tweets.

The Cyber Crime Unit officials will produce Zubair before the magistrate to seek remand for the purpose of further investigation into the case.

Alt News co-founder Pratik Sinha said mandatory notice was not given and no FIR copy was given despite repeated requests.

Meanwhile, Congress MP Shashi Tharoor has termed the arrest “an assault on truth”.

“India’s few fact-checking services, especially Alt News, perform a vital service in our post-truth political environment, rife with disinformation. They debunk falsehoods to whoever perpetrates them. To arrest Mohammed Zubai is an assault on truth. He should be released immediately,” Tharoor said in a tweet.