Strict action should be taken against those who Islamize the historical monuments and the police and officials of the Archeological department who support such activities instead of stopping them. – Editor 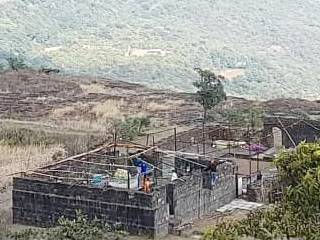 Pune : Lohgad is a ‘protected monument’ where religious activities are banned. Considering the ongoing encroachment by religious fanatics on many forts in Maharashtra, alert Hindus are trying to stop the invasion by making regular complaints to the police and archeology department about the unauthorized construction taking place on the forts. Hindu activists had observed that the Dargah was also being constructed illegally at Lohgad, and that an unofficial celebration of Urus (a procession to put new chadar/blankets on the grave of Muslim saints) was being organized on the fort. Hindu activists had also informed the police, administration and archeology department about this. With growing opposition of Hindu activists, the police issued notices to the Hindu activists! Due to the opposition of Hindu devotees the Haji Umar Shahwali Trust dropped the idea of organizing Urus involving large numbers. However, on 17th January, 5 members of the trust laid a chadar (blanket) on the illegal Dargah in the presence of local police. (Instead of curbing the illegal activities of Muslims, the police administration opens the gates of the fort so that they can cover the Dargah with the chadar! – Editor)

This is in a war direct contravention of the order issued by the Mumbai Archaeological Department not to celebrate Urus (reproduced below). 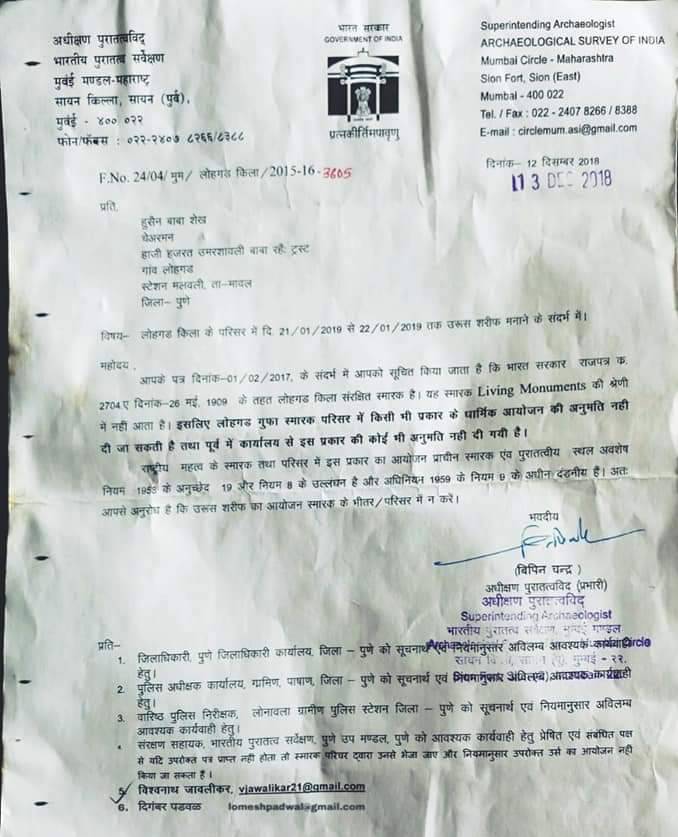 (Hindus, note that the police are the ones who help the minorities by disregarding the law! So unite at least now, for the benefit of Hindus! – Editor) So while the police s busy issuing notices to those who are legally and peacefully protesting the encroachment and illegal activities on the fort, they are siding with those who are enaged in this illegal activity! This is causing outrage among the common people.

Wiliness of the police !

The Hindus oppose the Urus. The police realised that the Hindu activists may take exception to the offering of the chadar too. Hence they employed some local people and got them to perform pooja at the Shiv temple on the fort. (Police are trying to silence the voice of Hindu activists by pointing out that ‘Hindus also performed pooja’ when Hindus protested. Will such police maintain law and order? – Editor) Hindu activists have expressed ire over this issue.