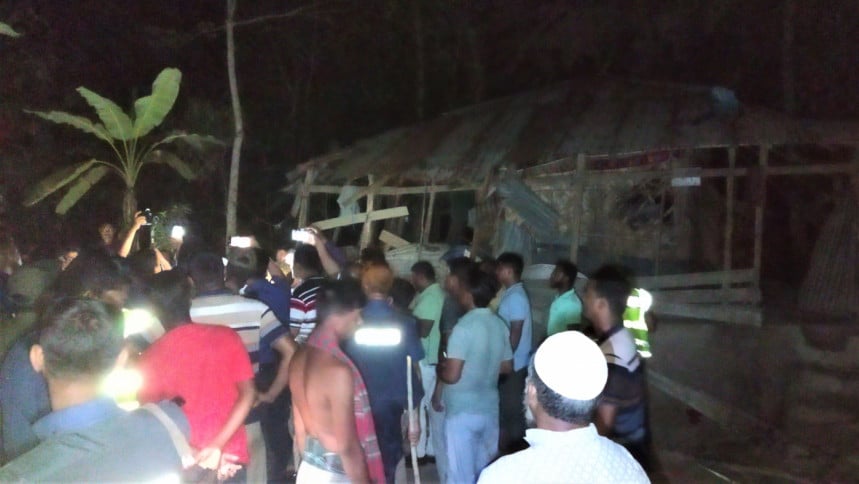 On rumors of “hurting religious sentiments”, a Hindu house was vandalised, a haystack was set on fire, and a temple’s fence was destroyed last night in Bagerhat’s Morrelganj upazila.

A large contingent of police officers, including Officers-in-Charge of Morrelgonj, Mongla, and Bagerhat Sadar police stations, arrived at the scene late at night.

According to eyewitnesses and locals, Kaushik Biswas (20), son of Romani Biswas, was summoned to Amarbunia Jame Mosque around 5 pm on suspicion of “hurting religious sentiments” in a Facebook post. 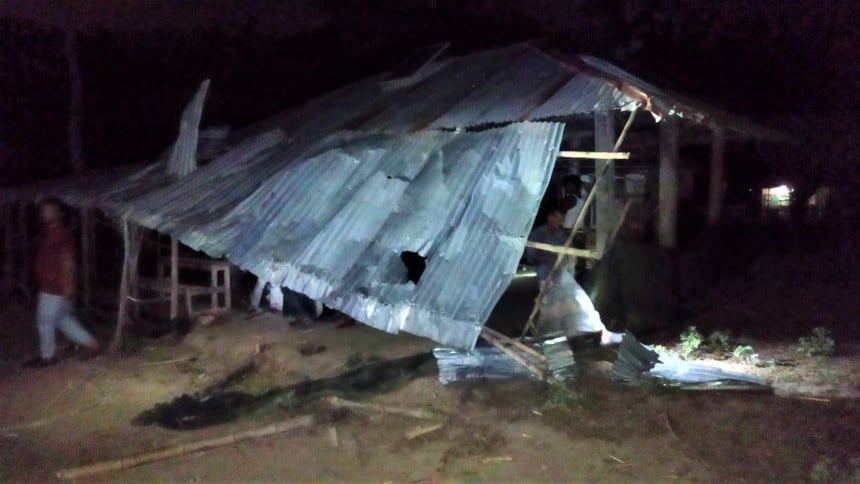 When the incident came to light in the evening, hundreds of people from Mongla’s villages of Amarbunia, Jiudhara, Gulishakhali, and Kachubunia gathered and marched to Kaushik’s house. They set a haystack on fire and vandalised his house at the time. Later, the Sarbajanin Durga temple’s fence was also damaged. There was no idol in the temple, said locals and eyewitnesses.

SM Ashraful Alam said that police arrived on the scene and took control of the situation. Kaushik Biswas has been detained by police for interrogation. The situation is now normal. Police have been deployed in the area. Legal action is being taken in this regard.

“We will take legal action by identifying those who were involved in this incident,” KM Ariful Islam said. He assured the house owner that he would be given a fair trial.

UNO Jahangir Alam said, “Those who have disrupted peace and order will be identified. On behalf of the Upazila Parishad, a brick-built house will be built for Romani Biswas.”

The village is home to at least 52 Hindu families. Seeking anonymity, many of them said they are living in a state of uncertainty.