The demand by MLA Yatnal is very much correct and many Hindu organisations including HJS are also demanding the same from last many years. Now all state governments and central government should act immediately and include truly glorious history of Bharat! – Editor, Hindujagruti 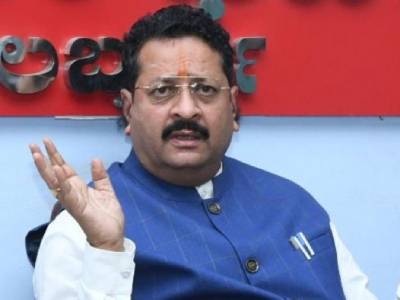 BJP MLA Basanagouda Patil Yatnal on Friday said school textbooks should not have lessons on “bigot” kings from history.

“Those who have been excessively glorified – Babur, Akbar, Aurangzeb and other bigot kings should be removed,” Yatnal, the Bijapur City MLA, told reporters.

He was reacting to the government’s textbook review committee recommending toning down the “glorified content” on erstwhile Mysuru ruler Tipu Sultan.

“We learned about Akbar the Great, but not about the conversion and oppression Hindus faced. Likewise, Tipu killed one lakh Hindus in Kodagu, but he was glorified as a freedom fighter. By distorting history, it was wrong to have glorified some kings just for the sake of appeasement. Time has come to change that and our government is doing that,” Yatnal, a former union minister, said and added that textbooks should have lessons on Shivaji Maharaj and Maharana Pratap.

Shivajinagar Congress MLA Rizwan Arshad attacked the BJP for going after personalities who fought against the British. “The BJP isn’t fighting just Tipu. They are against those who fought the British, including Gandhi and Nehru,” he said. “It’s been 250 years since Tipu died. Still, the BJP is troubled by him.”

Yatnal denied rumors that his recent visit to Delhi along with MLA Arvind Bellad was related to the Cabinet expansion. “We went to meet Union Minister Bhupendra Yadav in connection with a sugar factory. We neither had any discussion on politics nor did we meet any senior leaders of the party. I did not go there to become minister even one bit,” he said.