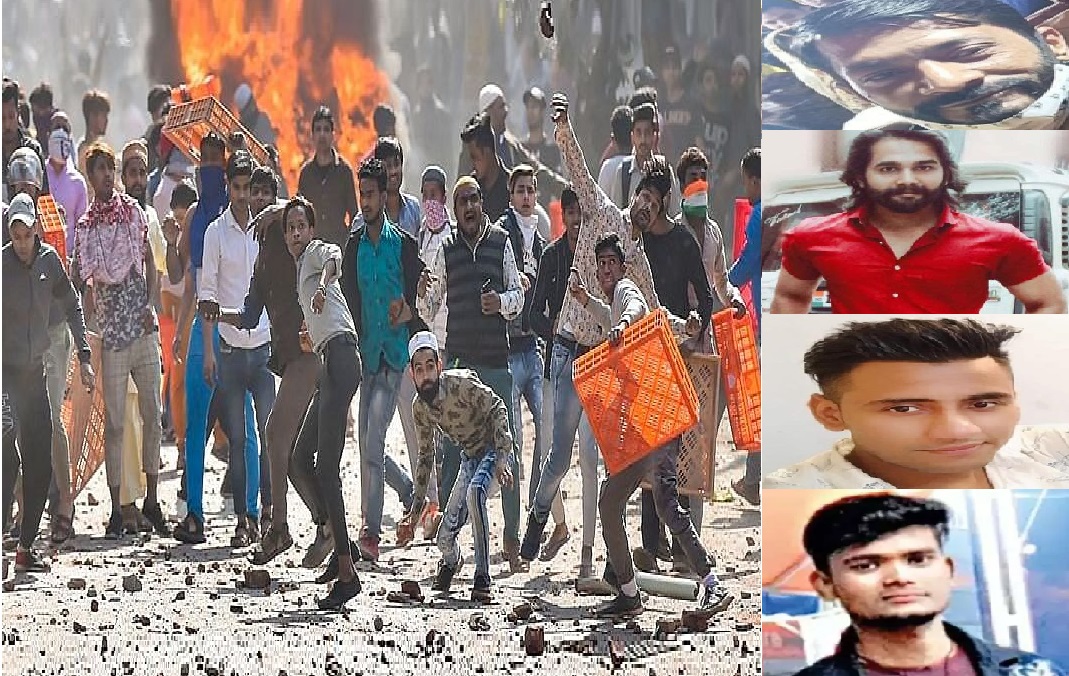 Delhi is Bharat’s capital and is famously known as ‘Delhi Dil Walo Ki’. However, in recent times, the so-called secular social fabric of Delhi has been devastated beyond repair. You may call it an evil political agenda or plain old-fashioned religious bigotry, but there is no doubt in saying that Delhi is no more safe for Hindus.

On 17th January, we saw a brutal incident in Sultanpuri Delhi, where a Hindu man Hiralal Gujarati was killed by Irfan Siddiqui and his brother Sanu. Here the most unfortunate part was that Irfan was earlier imprisoned for raping Hiralal’s sister, but recently managed to come out on bail. Hiralal’s family has claimed that Irfan is a close companion of Mukesh Ahlawat, the local MLA of Aam Aadmi Party (AAP).

BJP leader Kapil Mishra has also shared a photo, wherein it was mentioned that Irfan Siddiqui was indeed the President of AAP’s Minority Wing. However, as expected Mukesh Ahlawat has claimed that he had ‘expelled’ Irfan from the party a few months back.

Several Hindu organizations such as Vishwa Hindu Parishad (VHP) and BJP did protest against the killing of Hiralal and offered their support. However, the way the victim’s family was haunted is painful to see. They are so traumatized that they have decided to sell their home and flee the locality. The family has put a poster with the caption: “This house is on sale because of Muslim terror. Because of the fear of Hiralal’s murder.”

This is a painful sight, in the nation where Hindus are in majority, such incidents not only raise questions on the law and order situation but also expose the hollowness of the so-called ‘Secularism’ and ‘Ganga Jamuni Tehjeeb’. It is certainly not an isolated incident, we have seen a barrage of such anti-Hindu incidents in Delhi in recent years, and such instances are only instilling fear among the Hindus.

Who can forget the 23-year-old Hindu boy Ankit Saxena, who was killed by the family of his Muslim girlfriend? It was a gruesome incident where the entire family of a Muslim girl attacked Ankit and murdered him in broad daylight.

Last year, a Hindu SC boy named Gopal was brutally beaten to death by Muslim youth in Kalyanpuri, Delhi. As per the police, the murderers were known to Gopal, had a grudge against him and frequently picked up fights with him.

The Muslim attackers visited Gopal on May 4, 2021 around 3.30 pm. Gopal went along with them and unfortunately never returned. Upon getting no information of his whereabouts, the family started searching for him frantically and got to know the devastating news of his murder. Later, police arrested the murderers Feroz Khan, Mohammad Alim, and Yusuf Khan.

In another incident, a 25-year-old Rinku Sharma was brutally murdered by a Muslim mob on the night of 10 February last year. It was observed that the killers were active volunteers of the Aam Aadmi Party, and known to Rinku. They used to hold a grudge against him because Rinku was a staunch member of several Hindu organizations and actively participated in Ram Mandir’s donation campaign.

These Muslim youth had entered into a spat with Rinku’s family on Dussehra over a religious program, and they threatened the family with severe repercussions. Rinku was an eyesore for local Islamists as he used to recite Hanuman Chalisa at the local market on Tuesdays.

In December last year, a 26-year-old Hindu man Dablu Singh was stabbed to death in Raghubir Nagar. Police arrested Faran and Shahalam, who killed Dablu over an alleged love affair with their sister.

Dablu was working as a cloth dyer, and he was allegedly friendly with Faran’s sister. Faran was against this relationship and warned him to stay away from her. Later, Faran and Shahalam nabbed Dablu and brutally assaulted him, leaving him to die.

We did see the unprecedented anti-Hindu riots in Delhi, where more than 50 people died. We know how AAP councilor Tahir Hussain, activists Khalid Saifi, Umar Khalid and others orchestrated these riots to avenge the so-called anti-Muslim CAA law.

Well, there is no doubt that such incidents have created a wide wedge between both the communities, but the grave question is how Hindus can protect themselves, as Muslims are just following what radical maulanas (clerics) and community leaders have fed them for so long. We have seen how Islamists behave on the issue of inter-faith relationships – they are fine with such relations if the boy is Muslim, but they react furiously if the situation is vice versa.

Hindus must understand this nefarious agenda of Islamists and their secular masters. These killings are not a routine law & order issue or mere coincidence, they are done to create a situation of terror and panic. We have seen how Hindus were attacked and demoralized to such an extent, that they were forced to migrate from Kashmir, Kairana, Mewat, West Bengal.

Secular politicians pander to the Muslim vote-bank which is controlled by supremacist and fanatic clerics like Maulana Kaleem Siddiqui. The Islamist foot-soldiers are used to attack, provoke and destabilize Hindus so that the vote-bank is consolidated. In Delhi, Aam Aadmi Party is acting as a torchbearer for Islamists, nurturing and supporting them in every possible way. In other parts of the country, parties like Congress, CPM, TMC, NCP, SP, RJD etc play the same role.

What is most unfortunate is that a large section of Hindus is supporting AAP for short-term interests and benefits. However, they must understand that they will have to pay a heavy price 5-10 years down the line, as Islamists have upped their game, and they very well know how to persecute Hindus while also playing the victim card to save themselves.

It is time for Hindus to ponder over this grave situation, and find out ways to counter it. We must be united, should support groups or political parties that are pro-Hindutva, and must educate our young generation about the prevailing situation, so that the history of Hindu persecution and exodus stops repeating itself.