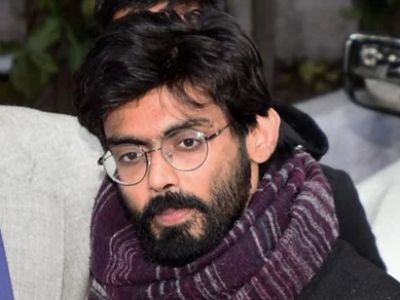 The alleged inflammatory speeches for which Imam was arrested were made in Jamia Millia Islamia on December 13, 2019, and in Aligarh Muslim University on January 16, 2020. He has been in judicial custody since January 28, 2020.

Additional sessions judge Amitabh Rawat framed the charges. A detailed copy of the order is expected to be made available later in the day.

Imam has been charged of sedition, promoting enmity between different groups on grounds of religion, race, place of birth, imputations prejudicial to national integration, and public mischief under the Indian Penal Code, and indulging in unlawful activities under the Unlawful Activities (Prevention) Act.

The Delhi Police had filed a charge sheet against Imam in the case, in which it alleged that he allegedly gave speeches inciting hatred, contempt, and disaffection towards the Central government and instigated the people which led to the violence in December 2019.