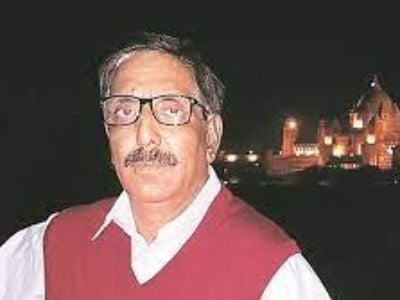 On Sunday, Punjab police filed an FIR against Mohammad Mustafa, former DGP and advisor to Punjab Congress head Navjot Singh Sidhu, after a video surfaced online in which he can be heard threatening Hindus with severe consequences if they organize their events near his events. Mustafa had issued the threat to Hindus on January 20, Thursday.

Inspector Karamveer Singh, SHO city, Malerkotla, has filed a complaint in this instance. Mustafa has been charged for fostering community hostility under Section 153-A of the IPC and also under section 125 of the Representation of People Act. According to reports, the EC has taken note of the incident and has requested police to take action.

“After getting information about viral video, our SHO has registered the FIR. We would ask Mohammad Mustafa also to submit his reply during our investigations” Malerkotla SSP Ravjot Grewal said.

Mustafa, on the other hand, denied targeting any particular group, claiming that the issue was with the AAP members who attempted to interrupt his event in Malerkotla town. Jamil Ur Rehman, the AAP candidate, denied the charges, saying Mustafa had a tendency of using the communal cards. He claimed the AAP public meeting was set for late Thursday evening at Baghwala Mohalla near Sirhindi gate in Malerkotla, and Mustafa intended to assemble a gathering nearby and tried to disrupt the AAP event.

Mustafa took to Twitter and wrote, “THERE WAS ABSOLUTELY NO HINDU-MUSLIM CONTEXT TO WHAT HAPPENED IN MALERKOTLA TO WHICH THE QUOTED VIDEO CLIP RELATES. IT WAS A VERBAL OUTBURST UNILATERALLY MISCHIEVOUSLY PROVOKED BY JHADUWALAS, ALL MUSLIMS.”

THERE WAS ABSOLUTELY NO HINDU-MUSLIM CONTEXT TO WHAT HAPPENED IN MALERKOTLA  TO WHICH THE QUOTED VIDEO CLIP RELATES. IT WAS A VERBAL OUTBURST UNILATERALLY MISCHIEVOUSLY PROVOKED BY JHADUWALAS, ALL MUSLIMS. 2N

Mohammad Mustafa, the former Punjab DG Police, delivered the hate speech in the aftermath of a verbal confrontation between supporters of Congress candidate Razia Sultana and AAP candidate Jamil-ur-Rehman. Tensions arose when AAP and Congress stages were put up in the same lane within 20-25 feet at Baghwala Mohalla, near Sirhindi Gate, and both programs were planned to take place at the same time on January 20 (Thursday) evening. Mustafa had threatened AAP workers and announced that he would not allow them to organize any meeting near his meetings.

Razia Sultana, the Congress candidate for the Malerkotla seat in the Punjab Legislative Assembly, is married to Mohammad Mustafa. Mustafa is also a former DGP of Punjab. Punjab Congress chairman Navjot Singh Sidhu had selected retired IPS officer Mohammad Mustafa as his primary strategic adviser in August of last year.

The 2022 Punjab Legislative Assembly elections will be held in a single phase in Punjab on 20 February 2022, with the results released on March 10.