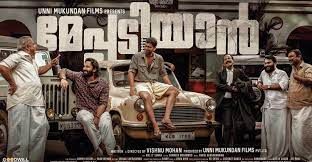 A Malayalam movie Meppadiyan released on January 14 is severely being criticized by the audiences for allegedly glorifying the ‘right-wing politics’ through the movie. A section of society has objected to Director Vishnu Mohan’s artistic deed of using the Seva Bharati ambulance and a statue of Lord Hanuman in the film.

The audiences have also criticized the movie for portraying the actor, Unni Mukundan, as a staunch and religious Hindu character. A Hindu Nationalist Party named Indu Makkal Katchi (IMK) happened to tweet the story as the hate campaign began boosting over the state of Kerala as well.

“Proud Hindu actor Unni Mukundan’s latest movie is being severely criticized by the Abrahamic/Commie lot for being communal”, the organisation tweeted. Stating several reasons for criticism, it added that the movie supports no mocking of Hindus and is a simple story that every proud Hindu can relate to.

5. No rape scenes, No double meaning dialogues, No mocking of Hindu customs or the religion itself,

6. No debasement of Hindus and no glorification of the Abrahamic

7. The villain is NOT a Hindu…

Just a simple .. story .. which every proud Hindu can relate to…. pic.twitter.com/VzD0DakMxb

A section of citizens claimed that Unni Mukundan is trying to instigate people through a couple of scenes- one, where a Seva Bharati ambulance is being used and second, where the actor poses with the statue of Lord Hanuman.

It is worth noting that the criticism directed at Seva Bharati stems from its association with the Rashtriya Swayamsevak Sangh. RSS is the parent organisation of Seva Bharati, a non-governmental organisation that is involved in working for the upliftment of economically weaker sections of Indian society, including tribal and indigenous communities. In Kerala, it also runs ambulance services to prop up existing health care infrastructure and provide medical assistance for people living in remote places.

I don’t feel anything was wrong in the portrayal of Seva Bharati Ambulance, Lord Hanuman: Unni Mukundan

Responding straight to the criticism, actor Unni Mukundan in an interview noted that he didn’t feel anything wrong in the portrayal of the Seva Bharati Ambulance. It is painful to see a section of society spreading the hate campaign and demeaning the artistic freedom, he added.

Praising the Seva Bharati as an NGO that has been working in India for the last few decades and offering free ambulance service, the actor stated that the film is about a common man trapped in financial problems. Usage of Seva Bharati ambulance cannot be considered as a political statement, he cleared.

Talking about the ‘Lord Hanuman’ troll, he said, “Hanuman Swami has been my inspiration since my childhood. I am a person who gives much preference to physical fitness, and for me, Hanuman Swami is my role model. I really do not know why people are taking everything in a negative sense. I have clear reasoning for what I have done in the movie”.

Seva Bharati has been at the vanguard of providing relief during disaster time in Kerala: Director Vishnu Mohan

Meanwhile, Director Vishnu Mohan reportedly said that using Seva Bharati cannot be left out when the film is made about the disaster. “What is wrong with using their ambulance?”, he asked. All the ambulances were busy as the film shoot was during COVID times. Seva Bharati was ready to provide an ambulance for free when those who were willing to provide an ambulance for the shoot asked for a large sum, he added.

Seva Bharati NGO works for the betterment of the economically weaker sections of Indian society, including tribal and indigenous communities. It also works among urban societies by introducing welfare and social service programs, such as free medical assistance, free education, and vocational training.

The movie revolves around Jayakrishnan (Unni Mukundan), a common man living with his family in a small town near Kottayam. While he constantly faces financial problems, his life turns upside down when Philip (Saiju Kurup), the villain traps him in a land deal.

The movie has been directed by Vishnu Mohan and is produced by Unni Mukundan Films Pvt Ltd, has Neil D’Cunha as its DOP and Shameer Muhammad as the editor.