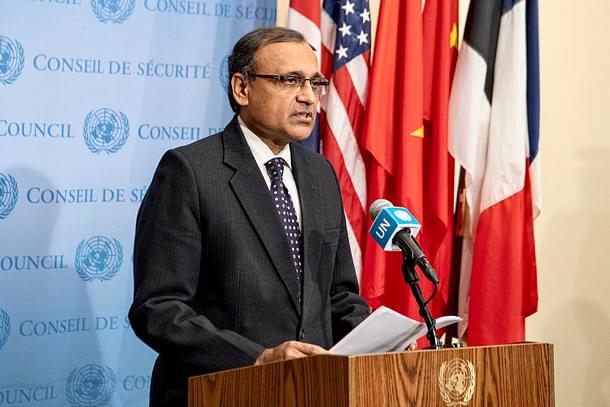 New York, Jan 18 (PTI) India on Tuesday termed as “dangerous” the tendency of several UN members, driven by their political, religious and other motivations, to label terrorism into categories such as racially motivated violent extremism and right-wing extremism, saying this will take the world back to the pre-9/11 era of labelling them as “your terrorists” and “my terrorists”.

Highlighting some counter-terrorism trends and developments at the UN, their impact on the global counter-terrorism discourse and India’s approach towards them, India’s Permanent Representative to the UN Ambassador T S Tirumurti told the International Counter-Terrorism Conference 2022 organised by the Global Counter-Terrorism Council that the first trend is what is being referred to as “emerging threats”.

“This is essentially a move to categorise terrorism and violent extremism conducive to terrorism, based on the motivations behind such acts.

“In the past two years, several member states, driven by their political, religious and other motivations, have been trying to label terrorism into categories such as racially and ethnically motivated violent extremism, violent nationalism, right-wing extremism among others. This tendency is dangerous for several reasons,” he said.

Tirumurti noted that such a tendency goes against some of the accepted principles agreed to by all UN member states in the recently adopted Global Counter-Terrorism Strategy, which clearly states that terrorism in all its forms and manifestations should be condemned and there cannot be any justification for any act of terrorism, whatsoever.

“The Council should be on guard against new terminologies and false priorities that can dilute our focus,” he said.

Tirumurti said it is important to understand that in democracies, right-wing and left-wing are part of the polity primarily because they come to power through the ballot, reflecting the majority will of the people and also since democracy by definition contains a broad spectrum of ideologies and beliefs.

“We, therefore, need to be wary of providing a variety of classifications, which may militate against the concept of democracy itself. Fourth, even such labels are being given to so-called threats which are limited to certain national or regional contexts. The extrapolation of such national or regional narratives into a global narrative is misleading and erroneous. Such trends are neither global nor have any agreed global definition,” he said.

Tirumurti also stressed that recently, a resurgence of terrorist activities has been witnessed both in their range and diversity as well as geographical space.

Recalling the Security Council resolution on Afghanistan, adopted under India’s Presidency in August 2021, he said it is vital that sympathisers of al-Qaida in Taliban stop their support to al-Qaida and Islamic State (ISIS).

“Further, developments in Afghanistan are being closely watched in Africa by terrorist and radical groups. We need to ensure that they and other regional affiliates of ISIL and al-Qaeda don’t get emboldened and take advantage of armed conflict situations in and around the Sahel region and Lake Chad Basin area,” the Indian Ambassador said.

He highlighted that another trend that has of late become prominent is highlighting certain religious phobias.

“The UN has highlighted some of them over the years, namely, those based on Islamophobia, Christianophobia and antisemitism – the three Abrahamic religions. These three find mentioned in the Global Counter-Terrorism Strategy. But new phobias, hatred or bias against other major religions of the world need to also be fully recognised.

“The emergence of contemporary forms of religiophobia, especially anti-Hindu, anti-Buddhist and anti-Sikh phobias is a matter of serious concern and needs the attention of the UN and all member states to address this threat. It is only then can we bring greater balance into our discussion on such topics,” Tirumurti said.

He also cautioned that the misuse of information and communication technology such as internet and social media for terrorist propaganda, radicalisation and recruitment of cadre; misuse of new payment methods and crowdfunding platforms for the financing of terrorism; and misuse of emerging technologies for terrorist purposes have emerged as the most serious threats of terrorism and will decide the counter-terrorism paradigm going forward.

Further, being a low-cost option and easily available, utilisation of drones and aerial/sub-surface platforms by terrorist groups for purposes such as intelligence collection, weapon/explosives delivery and targeted attacks have become a challenge for security agencies worldwide, Tirumurti said.

“In our context, we have witnessed terrorists using UAS (Unmanned aircraft system) to smuggle weapons and drugs across the borders and also launch terrorist attacks.

“Given the transnational nature of these treats, this warrants a holistic collaborative approach by member states, private sector, civil society organisations among others, as well as to strengthening support to financial watchdogs such as FATF to ensure that member states bring their counter-financing structures at par with international standards,” he added.