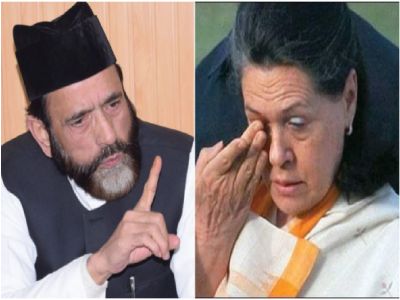 On Wednesday, Ittihad-e-Millat Council party chief Maulana Tauqeer Raza Khan said that the terrorists killed in the Batla House encounter should be called ‘martyrs’. He said that the Congress party had promised a probe into the case after coming to power in 2009. “Had there been a probe, the entire world would have known that those killed as terrorists should be given the martyr status”, he said.

Khan, who yesterday extended his support to the Congress party ahead of the UP Assembly Elections 2022, revealed that he had long-standing problems with the Congress party and that he had supported it in 2009 only for the Batla house case probe. “During 2009 elections, Congress had said to me that they would probe Batla House encounter if their govt is formed. They didn’t do it. Muslims will never forget this”, he said.

He also claimed that the Police then had killed its own officers and the innocent Muslims were unnecessarily put to death. He blamed Congress for hurting the sentiments of 20 crore Muslims by not taking action against the Police then.

#WATCH| Congress had said to me that they would probe Batla House encounter if their govt is formed in 2009. Had there been a probe,world would have known those killed as terrorists should be given martyr status: Ittihad-e-Millat Council party chief Maulana Tauqeer R Khan (18.01) pic.twitter.com/kbZb2rK6Tf

This is just a day after the Ittihad-e-Millat Council party chief said that he feels only Congress can ensure the development of the Muslims. In a press conference with UP Congress chief Ajay Lallu yesterday, Khan assured full support to the grand old party in the UP elections 2022 and said that only Rahul Gandhi and Priyanka Gandhi Vadra were ‘secular’ leaders.

It is pertinent to note that Khan had provoked Muslims against Hindus in Uttar Pradesh’s Bareilly district on January 8. While addressing a crowd of 20 lakh Muslims, the radical Islamist had brazenly threatened Hindus in India that the day Muslims rage flares, they would have nowhere to escape.

Congress had allied with Maulana Tauqeer Raza in 2009 despite his habits of issuing threats to anyone he thought was insulting Islam. The party had in 2009 announced that the All India Ittihad-e-Millat Council has agreed to support Congress in the Lok Sabha elections, and in return, the council would have a seat-sharing arrangement with the Congress in 2012 assembly elections in Uttar Pradesh.

It is notable that Congress party chief Sonia Gandhi was upset about the death of terrorists in the Batla House. Senior Congress leader Salman Khurshid in one of his rallies during the 2012 Uttar Pradesh Assembly elections had said that Sonia Gandhi, the then Congress President, had cried bitterly after seeing the images of the slain terrorists.

“When we showed Sonia Gandhi the images of the ‘incident’, she started crying bitterly and with folded hands, she said please do not show me these pictures. Immediately go and speak to the Wazir-e-Azam (Dr Manmohan Singh) and discuss the matter. I talked to the PM and it was decided that the matter will be further investigated”, Khurshid had said.