Ratlam (Madhya Pradesh): A large number of Hindu families in Surana village of Ratlam district have put up their ‘houses for sale’.

They have written either on the walls or gate of the house that ‘Ye Ghar Bikau Hai’.

Accusing Muslim community of the village, they threatened for mass exodus. The representatives of the Hindu families on Tuesday met the district collector and handed over a memorandum demanding safety and security. 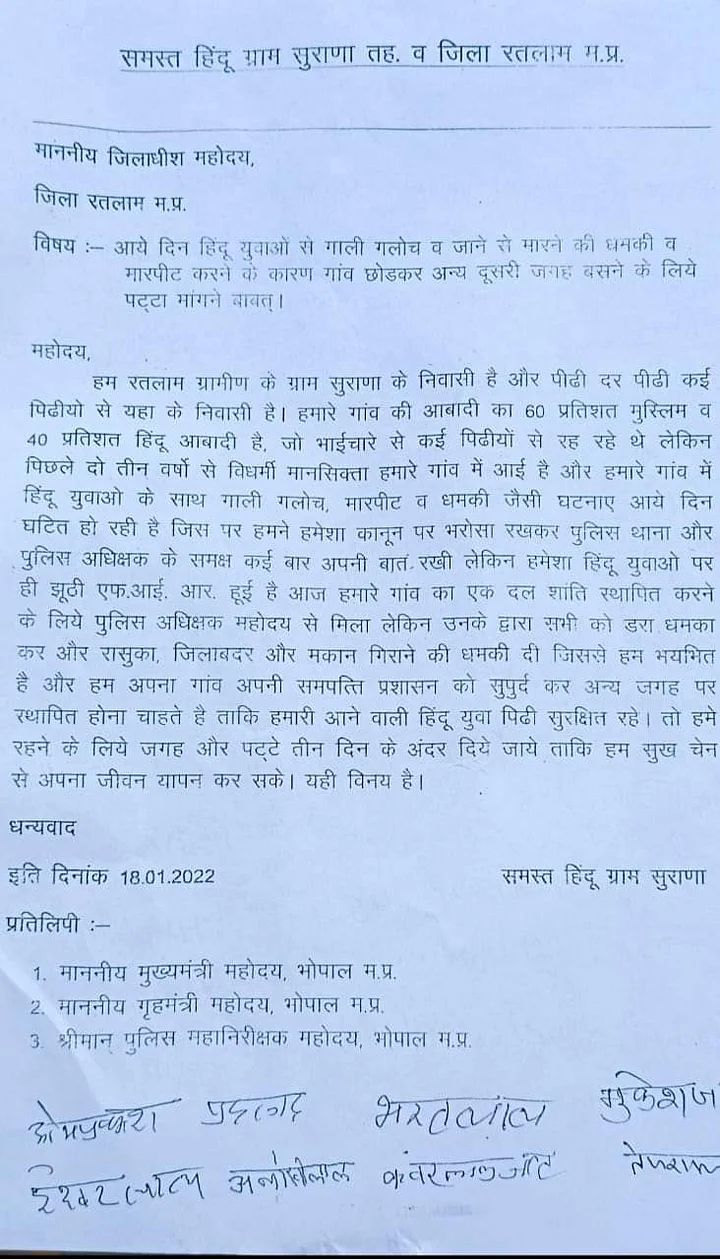 According to reports, the total population of the village, which is located around 15 km from district headquarters, is 2200. Out of it, 60% population belongs to Muslim community. 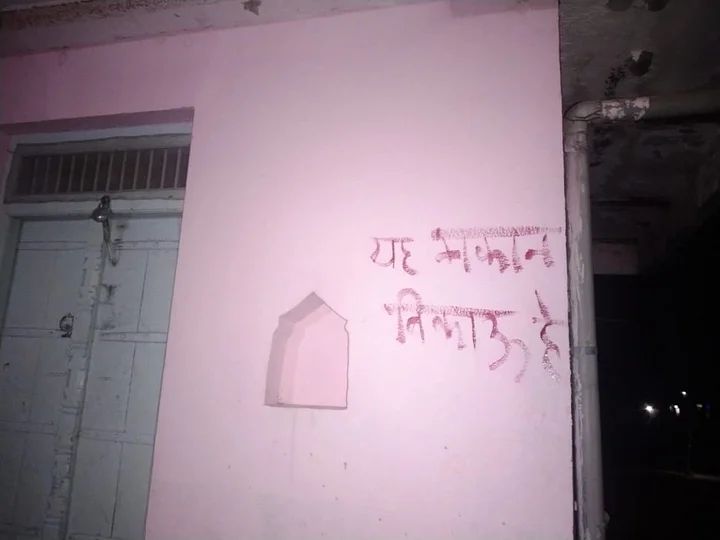 “There are at least 85 houses of Hindu community in the village. They (Muslim community) have been harassing us. They molest our women and girls, when we object they beat us up,” Om Prakash Jat, a resident of the village, said.

As the photographs of these ‘victim’ families’ houses went viral on social media, the district collector and superintendent of police (SP) rushed to the village and are holding a meeting with villagers.

“There was a dispute between two youths over some issue. We have been talking to them and will settle the issue,” Gauraav Tiwari said.