It should be noted that Hindu Janajagruti Samiti is running ‘Respect National Flag’ campaign for more than a decade now, which is bearing fruits regarding preserving the dignity of our national flag ! – Editor, Hindujagruti 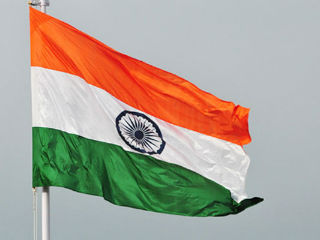 New Delhi : Days ahead of Republic Day, the Ministry of Home Affairs (MHA) has sent an advisory to all states and Union territories to ensure the National Flag made of paper waved by the public on occasions of important national, cultural and sports events, should not be discarded or thrown on the ground after the event.

The MHA has asked for strict compliance of the provisions of the Flag Code of India in the advisory issued on Friday.

“The Indian National Flag represents hopes and aspirations of the people of our country and hence should occupy a position of honour. There is universal affection and respect for, and loyalty to, the National flag. Yet, a perceptible lack of awareness is often noticed amongst people as well as organisations/agencies of the government, in regard to laws, practices and conventions that apply to the display of the National Flag,” the advisory read.

“As per the Flag Code of India… you are requested to ensure that on the occasions of important national, cultural and sports events, flags made of paper only are used by the public and that they are not discarded or thrown on the ground after the event. Such Flags are to be disposed of in private, consistent with its dignity of the Flag,” it added.

All government offices have been requested to undertake mass awareness programme in this regard.