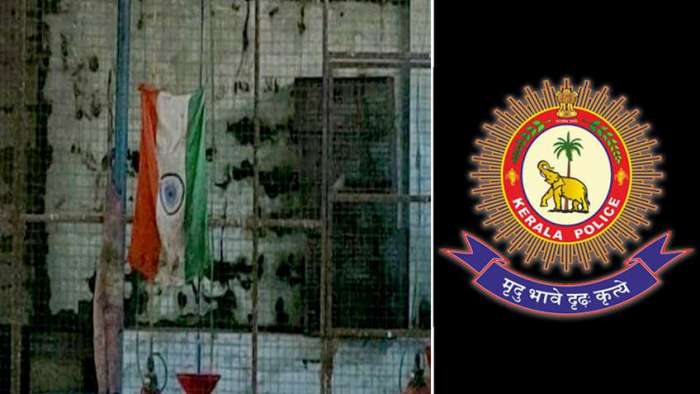 In a gross insult to the national honour, the National Flag has been found used as a butcher towel in a meat stall in Thiruvananthapuram. The tricolour was found hanging in unhygienic conditions in the Halal Chicken and Mutton Stall in Kattakkada in the state capital.

The local residents shot a video of the scene and brought it to the attention of the police. However, the police reached the spot several hours after receiving the complaint, giving enough time for the owner to remove the flag.

Despite having photos and videos as evidence, the police refused to take action against the slaughterhouse owner or seek further information from the culprits and witnesses. (Can the people expect the police to rush to their protection when they display such apathy ? Such careless police don’t deserve to be on the police force. It is expected of the police to act promptly against such anti-national activities. – Editor, HinduJagruti.org)

The incident has sparked massive outrage in the state. Raju, a social worker and one of the complainants, said that he shared the images and videos exclusively with the police and some police officials might have leaked the information to the culprits so that they could remove the flag and evade the legal action.

Source : Voice of the Nation Organiser