In a Facebook post, Pratheesh Viswanath, Hindu activist and founder of Hindu Seva Kendra, informed that the Malayalam actor had reconverted to Hinduism. The pictures posted by Viswanath were captioned, “History repeats itself, Ali Akbar is now Ramasimhan”.

For the reconversion ceremony, the Director was accompanied by his wife Lucyamma.

While leaving Islam in December itself, Akbar had said that he would be known was Ramasimhan.

Ali Akbar had said, “Ramasimhan is a person who was killed while sticking to the culture of Kerala. Tomorrow Ali Akbar will be called Ram Singh. That’s the best name”. 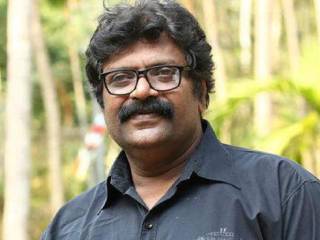 Kochi : Filmmaker Ali Akbar said that he and his wife Lucyamma will convert to Hinduism and will no longer be Muslim. Akbar said that he decided to renounce his Islamic faith following the alleged incidents of several Muslims putting smiley emoticons below the posts and comments in social media related to the death of chief of the defence staff (CDS) General Bipin Rawat in a helicopter crash.

Akbar said that even top leaders of Islam are have not opposed such actions by ‘anti-nationals’ who dishonored a brave military officer and he could not accept it. He said he has lost faith in the religion and he posted a video on his Facebook page on Wednesday about it.

“Today, I am throwing away an attire I received by birth. From today onwards, I am not a Muslim. I am an Indian. That is my reply to those people who posted thousands of smiling emoticons against India,” Akbar said in the video.

The post attracted severe criticisms from Muslim users on Facebook and some even used abusive language. Akbar too was seen using abusive words to reply to some of those comments. Meanwhile, several user posts supported Akbar and slammed those who abused him.

Though the post later ‘vanished’ from Facebook, it is widely being circulated on Whatsapp. Later, Akbar made another post in which he said, “The nation should identify those who smile at the death of the CDS and punish them.” This post too saw hundreds of supportive and abusive comments.

Speaking to TOI, Akbar said that several anti-national activities happen on social media and smiling on Rawat’s death was the latest example. “Majority of the users who commented with smiling emoticons and celebrated the news of Rawat’s death were Muslims. They did this because Rawat had taken several actions against Pakistan and militants in Kashmir. Despite seeing these public posts, which insulted a brave officer and the nation, none of the top Muslim leaders reacted. I cannot be part of such a religion,” he said.

He said that though he and wife will convert to Hinduism and would do the procedures to change the religious details in their official records, he will not force his two daughters to convert. “It is their choice and I let them decide.