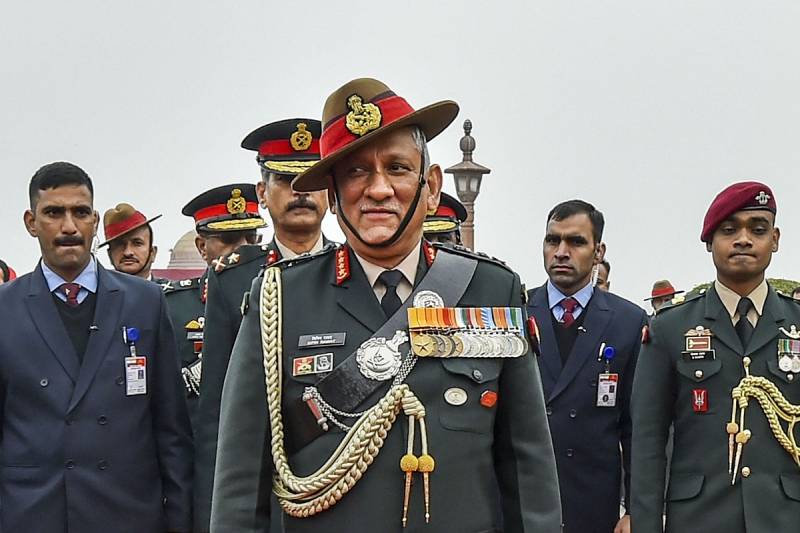 An Indian Air Force helicopter with the chief of defence staff Gen Bipin Rawat on board crashed on Wednesday near Coonoor in Tamil Nadu. Indian Air Force (IAF) has confirmed the death of CDS Bipin Rawat along with his wife Madhulika Rawat. Besides then, 11 others on board the chopper have died in the incident. IAF has said a Court of Inquiry has been ordered into the accident, involving a Mi-17VH chopper that took off from the Sulur IAF Station in nearby Coimbatore.

Irreparable loss to the Nation as we lose one of India's bravest sons CDS Gen. #BipinRawat We offer our deepest condolences to the families of the deceased, the Armed Forces and the public of India. Om Shanti 🙏 pic.twitter.com/7e77ArjDeh

Gen Bipin Rawat was an outstanding soldier. A true patriot, he greatly contributed to modernising our armed forces and security apparatus. His insights and perspectives on strategic matters were exceptional. His passing away has saddened me deeply. Om Shanti. pic.twitter.com/YOuQvFT7Et

Deeply anguished by the sudden demise of Chief of Defence Staff Gen Bipin Rawat, his wife and 11 other Armed Forces personnel in an extremely unfortunate helicopter accident today in Tamil Nadu.

His untimely death is an irreparable loss to our Armed Forces and the country.

A very sad day for the nation as we have lost our CDS, General Bipin Rawat Ji in a very tragic accident. He was one of the bravest soldiers, who has served the motherland with utmost devotion. His exemplary contributions & commitment cannot be put into words. I am deeply pained.

Around noon today, an IAF Mi 17 V5 helicopter with a crew of 4 members carrying the CDS and 9 other passengers met with a tragic accident near Coonoor, TN.