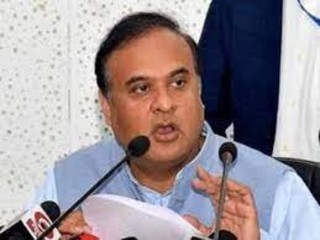 Guwahati : At a gathering, Assam Chief Minister Himanta Biswa Sarma stated that the objective is to close down madarsas. Around 700 madarsas have been decommissioned, with the remainder being turned into nursing schools and medical-engineering institutions. He said, “I want my Muslim brothers to become physicians and engineers instead of going to madarsas to light up society.”

CM Sarma said people are happy with it. When I went to the madrassa and asked a child what would happen, son, he said, ‘I will become a doctor’, so I told him that then you have come to the wrong place, here you become a cleric. So, taking the opinion of the children, he decided to convert madrasas into general schools. I closed the madarsa for the good of the community.  On the question of Muslim vote, CM Sarma said, “If I say mian vote, will they vote for me?” I’m sure they won’t give me, so why ask for votes? The day these children become doctors and engineers, they will definitely vote for me. But that is not the case now.

In response to the decision in Assam to restrict beef within a five-kilometer radius of the temple, he stated that having a temple is not an issue. When cows are slaughtered, things get complicated. “Lord Krishna was born in Mathura, and someone talks about it about a temple, then why does it feel bad?” CM Sarma asked in response to a query on UP Deputy Chief Minister Keshav Prasad Maurya’s remarks on Mathura. What is the community aspect of this? When you discuss another community’s shrine, you are called secular. This certificate isn’t required. Hindus are by nature secular.