This incident proves that, minority Hindus, whether men or women, are not at all safe in Islamic Pakistan. No human rights bodies speak against it, but they are ‘very concerned’ about so-called atrocities against minorities in India ! – Editor, Hindujagruti

The persecution of Hindu and Sikh minorities in Pakistan continues as an 11-year-old Hindu boy was sexually assaulted and brutally murdered in the Sindh province of Pakistan. 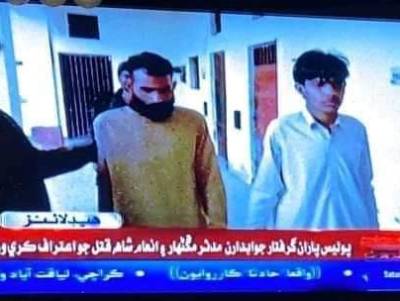 A native of village Dohan of Khairpur Mir, the Hindu boy went missing on the evening of November 19. His body was later on found in an abandoned house at Babarloi in Khairpur Mir of Sindh province on November 20. Sindh police confirmed the Hindu boy was sexually assaulted and strangulated to death and said that two accused, Muhammad Anaam and Madasar have been arrested.

Dead body of an 8-year-old Hindu boy, Kanhiya Kumar S/o Pirtam is found in Village Dohon, Khairpur,Sindh-Pakistan. He was brutally gang-raped and killed. Muhammad Anaam and Madasar have confessed the crime. pic.twitter.com/7oFyWFCafj

Members of the Hindu community immediately informed Child Protection Authority (CPA) for assistance. The local police and CPA shifted his body to Civil Hospital Sukkur for a postmortem.

The Station House Officer (SHO) of Babarloi police station confirmed that the Hindu boy was strangulated to death and was sexually assaulted. Zubair Mahar of Child Protection Authority Sukkur said there were also torture marks on the minor’s body.

SHO of Babarloi police station said that out of two one of the arrested accused confessed the crime.

Incident left minorities in Pakistan fearing for their life

While the persecution of religious minorities in Pakistan goes unabeted this incident has left Hindu minorities shocked. Parents further fear for the life and security of their children because this was the second incident with a minor Hindu. Zubair Mahar of Child Protection Authority Sukkur said a short while ago a minor girl from the Hindu community in Saleh Pat, Sukkur district, went missing. “The police have also announced Rs 2.5 million reward for her recovery, but it has all been in vain,” Mahar said.