Two teen girls have now gone missing in Alathur, a village located near Palakkad-Thrissur highway, Kerala. According to reports, 14 year old twin sisters Shreya and Shreja, daughter of Suresh Kumar were found missing on November 3 along with their two male classmates from Palakkad district. Arshad and Afzal Muhammad, the two classmates were seen accompanying the girls. 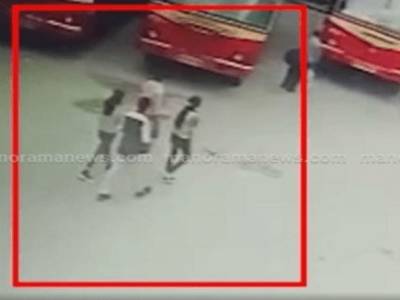 According to the Police, the four teens had entered Tamil Nadu via Pollachi. The police investigating the case have not been able to locate the teens yet. CCTV visuals have confirmed that the four teens were travelling together. Concerns have been raised about the safety of the girls as similarities have been drawn with the other missing girls cases including Jasna and Surya Krishna disappearance cases.

According to reports, Shreya and Shreja and their classmates Arshad (14) son of Yakkoob of Chundakkad, and Afzal Mohammad (14) son of Manaf of Melarcod were all Class 9 students of the ASM Higher Secondary School. CCTV footages showed that they had reached Palakkad town at around 3.30pm on November 3. A case has been registered on the parents’ complaint.

Alathur police official Riyaz Chakkeri said, “The girls had told their friends that they were planning a tour. But they did not reveal the destination. Their family is not aware of any mobile phone they might be carrying. We suspect they were using a phone in private. We are trying to trace the details of this phone,”

According to Riyaz Chakkeri, CCTV visuals have also indicated that the four teens had reached the KSRTC bus stand on Wednesday evening and then took a bus to Tamil Nadu.