Several people were injured in a knife attack that took place on a high-speed train in Germany. According to reports, the local police received a call about the attack at around 9 am local time on Saturday. Among the people injured during the attack, two of them were critically ill. 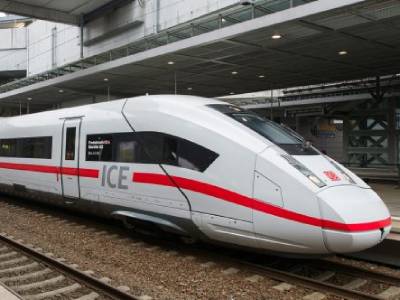 Reportedly, the knife attack occurred on the ICE high-speed train between Regensburg and Nuremberg on Saturday morning. German media have claimed that three people were injured and two of them were in serious condition but out of danger.

As per sources from the newspaper ‘Bild’, a 27-year-old man of Arab origin was detained by the police after the attack. Reportedly, the man has a history of psychological problems, who was ‘mentally disturbed’ and ‘called for help on the train’. Police said that there is no evidence that there could be other attackers involved. Around 300 passengers were supposed to be on the train, which has been held at the city of Seubersdorf, Bavaria, waiting for the situation to be controlled.

A spokesman for the Oberpfalz police authority said, “There has been an attack on an ICE (Intercity-Express) train and police shortly afterwards arrested a male person, and several people were injured.” Investigators have ruled out links to terrorism in the attack.

Earlier this year, a 24-year-old Somali immigrant had carried out a mass stabbing in which 3 people were killed and 5 others injured in the Wurzburg city of Germany. The horrific attack took place in Barbarossa Square, located at the centre of the city. Bavaria’s security official Joachim Herrmann had then informed that eyewitnesses heard the Somali migrant yelling ‘Allah hu Akbar’ and said that ‘Islamic extremist motive’ behind the stabbing attack in Wurzburg could not be ruled out.

Then again in September, an Afghan National attacked a 58-year-old woman and stabbed her multiple times in the neck for being a gardener at the Wilmersdorf part of the German capital Berlin. The 28-year-old Afghan had problems with women doing a gardening job because he did not believe a woman could do such a job, which indicated a possible ‘Islamist Motivation’ and mindset.