It is surprising and shocking that Indian Oscar jury members openly rejected and whitewashed the struggles of the Indian freedom movement. If the Indian film Industry is filled with people with such anti-national views then one cannot expect the industry to come up with content that will instill patriotic values in the viewers !  – Editor, HinduJagruti.org 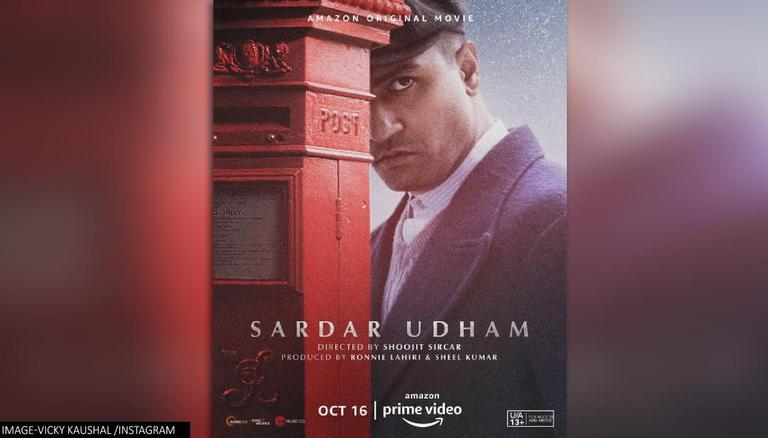 Vicky Kaushal starrer and Shoojit Sircar directed Udham Singh is out of the race of India’s official entry to the Oscars after Tamil film Koozhangal beat it and Sherni amongst other movies.

Congress leader Shashi Tharoor at a recent India Today conclave, while talking about Indian history had said, “We are scratching at wounds that have already healed.”

Toeing in line with this sentiment, Indraadip Dasgupta, who was part of the jury that rejected Sardar Udham’s entry from India to Oscars remarked, “..it (the film) again projects our hatred towards the British. In this era of globalization, it is not fair to hold on to this hatred.”

Sardar Udham, directed by Shoojit Sircar is a story on the life of Sardar Udham Singh, a revolutionary freedom fighter. He went down in history for assassinating Michael O’Dwyer in London to take revenge for the 1919 Jallianwala Bagh massacre in Amritsar.

The film received widespread applause and an IMDb rating of 9.2. Starring Bollywood actor Vicky Kaushal in the lead, the film was one among 14 shortlisted for India’s official entry to the Oscars.

‘Movie with an agenda’

Despite the resounding success, the jury did not find Sardar Udham good enough to make the cut citing outrageous reasons. Dasgupta while defending their Oscar selection criticized Sardar Udham for ‘harping on hatred’.

“Sardar Udham is a well-made production with brilliant cinematography that lives up to international standards. But it is a little lengthy and harps on the Jallianwala Bagh incident,” Dasgupta said, downplaying one of the bloodiest chapters of Indian history.

That is not where he stopped. “It is an honest effort to make a lavish film on an unsung hero of the Indian freedom struggle. But in the process, it again projects our hatred towards the British. In this era of globalization, it is not fair to hold on to this hatred,” added Dasgupta, drawing a rather illogical comparison between ‘history’ and ‘globalization.’

Justifying the selection of Tamil film Koozhangal for Academy Awards 2022, Dasgupta claimed, “Koozhangal in contrast (to Sardar Udham) is a truly Indian film with a global appeal. It has no agenda attached to it. It is the most honest film among all the contenders.”

It is baffling how a chapter from Indian history has been termed ‘not Indian enough’ by the jury.

Koozhangal on the other hand selected for ‘humanism’ is the story of a young boy following his ‘violent’ and ‘alcoholic’ father to get his mother back who had run away to escape the ‘abuse.’

Indraadip Dasgupta is an Indian music composer-turned-director, well known for his work in various Bengali films.

Dasgupta is all set to release his next project ‘Bismillah’ on Janmasthami next year. The movie reportedly will focus on the tradition of a musical family and how foreign intrusion creates disturbances in it.