As many as four policemen have been injured after an unruly mob of around 150 people in Maharashtra’s Osmanabad took to the streets to protest against a social media post that allegedly criticised Mughal bigot Aurangzeb. 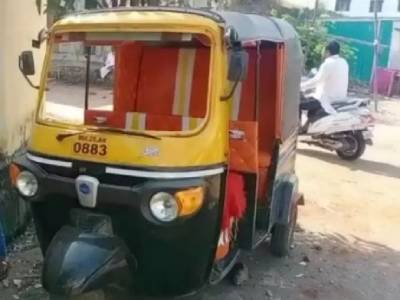 The incident took place on Tuesday night at 10:30 PM in the Vijay Chowk area. As per the police, the mob expressing their anger over a Facebook post pelted stones on vehicles and vandalized banners and hoardings.

Four policemen including Inspector Surve sustained injuries when trying to control the violent mob. “The mob vandalized a hoarding, a police vehicle and an auto-rickshaw in Vijay Chowk area. Four policemen, including an officer, were injured while they were trying to stop the mob,” confirmed Osmanabad city police station’s inspector Suresh Budhwant to PTI.

A case has been registered against 43 people who were named and over 150 unnamed protestors under Indian Penal Code (IPC) Sections 307 (attempt to murder), 333 (voluntarily causing grievous hurt to deter public servant from his duty), 353 (assault or criminal force to deter public servant from discharge of his duty) and the Prevention of Damage to Public Property Act.

As per Osmanabad Live, a local news portal, it all started with a group of people from a particular community removing a Hindu religious flag hoisted at the Chowk during Navratri and replacing it with their flag on the occasion of their religious festival.

This led to tensions between the two groups after which using a social media post as an excuse, the unruly mob resorted to stone-pelting and vandalism.

We reported earlier on how social media is used by Islamists to validate attack, murder, arson and vandalism. Be it the Bengaluru riots over an alleged Facebook post or the systematic attack on Hindus in Bangladesh, a stray Facebook post is always cited as the reason to justify violence.