Three youths, Shamshad Wayanad, of Kakkathu Parambil, Fasal Mehmood of Menakath at Rehmat Nagar and Saifu Rehman alias Shadiq of Chemmenkode were arrested by the police team from Sulthan Bathery last week. As reported by Manorama, the three youths were arrested on charge of raping a woman at a flat near private hospital. Now it has emerged they may have had links with organ trade mafia. 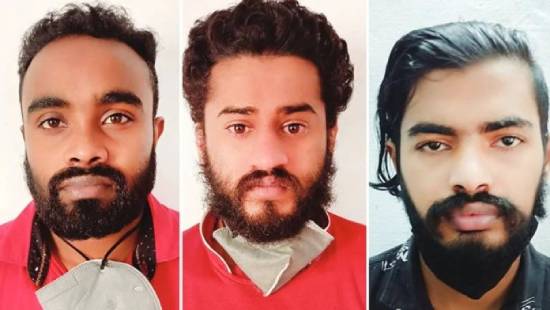 As per the report, the youth belonged to Sulthan Bathery in Wayanad, Kerala. They took the woman to another private hospital in the city last month in a bid to sell off her kidney. However, when it was pointed out that she had health related issues, they tried to make a video of her and run an online campaign for raising funds for her illness through social media.

On 26th September, they took her to Kochi where she was allegedly raped by the youths by spiking her juice. The investigating team has taken them to Kochi hospital as well as hotel for collecting evidence. Prior to this, the survivor was also taken to the places for evidence collection.

During this evidence collecting, the police found that Shamshad’s statements were incorrect. He had earlier said that the woman had come to his hotel room and had not accompanied her. He had also objected to victim’s claims that he was wearing bermuda at the hotel room. However, when the police got hold of CCTV camera, they found that Shamshad was indeed wearing a bermuda and accompanied the victim to the hotel. Hotel staff also gave statements that went against him.

Speaking to Manorama online, the victim narrated that accused approached her offering financial aid for meeting expenses of her children. They convinced her that she would get Rs 3 lakh to sell her kidney. She was eventually offered Rs 5 lakh for the same. She had come to a hospital in Kochi with the accused. However, when the doctor said she is not eligible for donation of kidney as she is diabetic, Shamshad turned violent.

They then immediately returned to Wayanad. During the first Ernakulam trip, the accused took Rs 18,000 from her which she had obtained after selling off gold ring. However, later Shamshad approached her saying that they could raise funds online by showing her plight. They also took away her debit card and withdrew Rs 30,000 which was charity amount she had received from others.

Police told Manorama Online that the accused were part of organ mafia racket which is very active in and around Kochi. Hence, police has now started another investigation into the same. One of the accused is an officebearer of a charitable organisation called ‘Snehadaanam’.