Pakistan’s ISI held confidential meetings with members of several terrorist organisations on September 21 to plan large-scale attacks and execution of as many as 200 people, including Kashmiri Pandits in the valley, reports India Today. 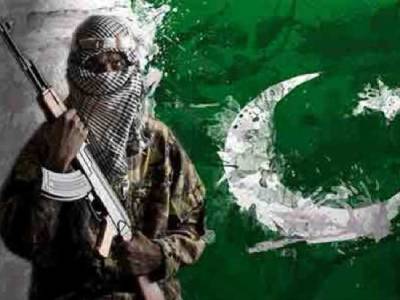 The media house claims to have accessed the details of the meeting in which ISI and the terror organisation decided to conduct maximum target killings on the Indian side of Kashmir.

According to the report, the Indian Intelligence agencies had learnt about this secret meeting and issued an alert regarding the same.

The alert suggested that the ISI had prepared a ‘hit-list’ of 200 people who would be murdered to create tension in the valley. The list included several names of members associated with BJP and RSS. It also included names of many Kashmiri Pandits and also those Kashmiris working with the police, security forces, intelligence departments.

Pakistani intelligence agency ISI and the terror outfits agreed to utilise terrorists who were not under the watchful eye of Indian security authorities for executing the mass-killing.

To “project it as a spontaneous and totally indigenous activity”, Kashmiris with no records of crime, but known to be sympathisers of militancy, would be used, the Indian alert said.

“For supporting these activities, pistols and grenade are being smuggled through LC from Uri & Tangdhar,” the alert added.

During the conference, a new terror group was allegedly formed that would assume responsibility for targeted killings and attacks in order to deceive the Indian authorities.

It is pertinent to note here that last week, according to rough estimates, in only a span of three days, more than 1400 Hindus left Kashmir to reach Jammu. The mass exodus of Kashmiri Pandits was attributed to the recent surge in the incidents of targeted killing of Hindus in the valley.

On October 7, in an extremely brutal attack, two teachers, a Hindu and a Sikh, were shot dead at point-blank range at the Government Boys Higher Secondary School in Idgah, Sangam in Srinagar by Islamic terrorists in Kashmir. Pakistan based terror outfit ‘The Resistance Front’ (TRF), which has claimed responsibility for the attack, has said that they killed the teachers because they had asked students to attend the 15th August function in the school.

As per reports, the teachers present were segregated on basis of their religions and presumably Muslim teachers were allowed to go. The Hindu and Sikh teacher were dragged outside and shot at point-blank range.

Prior to this, Islamist terrorists shot dead a 68 years old Kashmiri Pandit Makhan Lal Bindroo. Two other innocent civilians were also gunned down by terrorists in two different incidents in the city.