Another case of alleged illegal sale of land had come to light from Uttarakhand. As per reports, on September 22 and September 23, people of a particular community bought a large plot (11 Nali or 23,760 sq ft) of land from people of the SC/ST community, which is not possible without the Collector’s approval as per state law. OpIndia reached out to BJP leader Ajendra Ajay who had brought the case to Chief Minister Pushkar Singh Dhami’s knowledge. Reports suggest that a high-level inquiry has been initiated in the case. 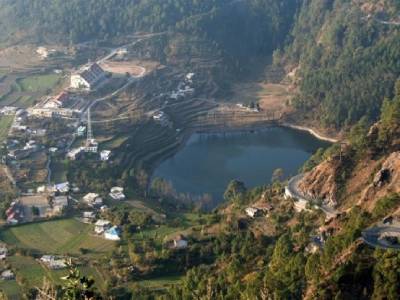 While talking to OpIndia, Ajendra said that last month on September 22 and 23, people hailing from Aligarh, Sambhal etc., bought a large piece of land from residents belonging to the Scheduled Caste community in Village Sarna, District Nainital, Uttarakhand. A total of 13 registries were done in two days. According to Uttarakhand Zamindar Destruction and Land Reform Act – 1950, any land that belongs to a person from the Scheduled Caste community can be sold or transferred only after the prior approval of the Collector.

Ajendra added that locals had approached him about the land deal and alleged that the land was illegally converted from agriculture to non-agriculture. He said the landowners, who belonged to scheduled castes, were threatened and lured to sell the land. Notably, wives of those who had sold the land also submitted their objections and filed a complaint regarding the sale of the land. In their complaint, they said that the land deal had an adverse impact on their lives, and there was a loan on the land as well.

He further added that there were multiple partners, and permission was not sought from everyone before selling the land. Those partners have also raised objections over the land deal. A complaint was also filed in the office of the Collector by one of the partners.

Another issue that Ajendra raised regarding the deal was the price that was paid to the landowners. He said that the market value had been shown less than 10% compared to the original price in the land deal. Also, the payment was made in cash that raises concerns over who bought the land. He said it is possible that a person or organization has purchased the land anonymously.

He added that as Uttarakhand is also known as Dev Bhoomi and there are numerous Hindu shrines in the region, it is unacceptable that people of a particular community from other states come and buy land. He further said, “Notably, Uttarakhand shares borders with two countries. Such demographic change is concerning especially when it comes to national security.” Ajendra said that the Chief Minister to strengthen the land laws in the state to put a stop to such cases.

Amar Ujala quoted Yogesh Singh, SDM, Tehsil Dhari, saying, “We have received objections from the wives of the landowners. The complaints are being investigated while the objections will be forwarded to the district court.”

Cases of land jihad in Uttarakhand