A case of Love Jihad has come to light in Madhya Pradesh’s Barwani district. An FIR has been filed by the police against one Kareem (32) who posed as Karan to lure a Hindu woman. 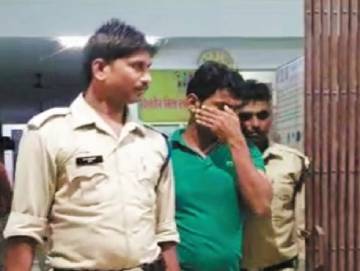 Reportedly, Kareem introduced himself as Karan Jadhav to a 22-year-old woman doing her second year of graduation from a college in Pansemal town. He had been making WhatsApp video calls to her for the past two months.

On September 20, Kareem lured the woman and took her to Indore where he sexually assaulted the victim for 11 days. As the victim got to know of Kareem’s identity, she protested after which Kareem fled leaving the woman alone.

The victim then returned from Indore and revealed to her family about Kareem. She informed that the accused had lied to her to take her to Indore. The woman also said that Kareem had introduced himself as Hindu and not a Muslim.

The girl along with her family immediately registered a case against the accused at Pansemal police station. A case has been registered under the IPC section 376 for rape, SC/ST Act for impersonation and anti-conversion law.

As per Sub-Divisional Police Officer (SDOP) PS Baghel, the accused has been taken into custody. He also informed that Kareem worked as a welder.