A complaint has been filed against Alt News founder Pratik Sinha over a tweet he had posted in 2015, accusing him of disrespecting Hindu Gods and Goddesses. The complaint was filed at the Khatodara police station in Surat by social activist Vikash Ahir. 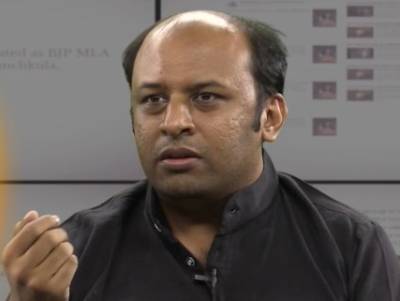 The complaint seeks filing of an FIR against Pratik Sinha under sections 153A (Promoting enmity between different groups), 295A (Deliberate and malicious acts intended to outrage religious feelings or any class by insulting its religion or religious beliefs), 298 (Uttering any words with deliberate intent to wound the religious feelings), 504 (Intentional insult with intent to provoke breach of the peace) and 505 (creating or promoting enmity, hatred or ill will between classes) of the Indian Penal Code, along with relevant provisions of the Information Technology Act.

Informing about the complaint filed, the Twitter account of Vikash Ahir’s team said that Hindustan will not tolerate the insult of Lord Ganesha. The tweet also added hashtags demanding the arrest of Pratik Sinha.

The case relates to a tweet by Pratik Sinha posted on 19 September 2015, where he had allegedly insulted Hindu God Ganesha. ‘So many people posting pictures of Ganesha. You guys really believe a man had an elephants (sic) head?’, he had posted in the tweet.

See many people posting pictures of Ganesha. You guys really believe a man had an elephants head?

The screenshots of the tweet had surfaced recently on the social media platform during the recently concluded Ganesh Chaturthi, causing outrage among Hindu social media users. They had said that the tweet was insulting towards Hindu gods, and action should be taken against the Alt News founder for hurting the religious freedom of Hindus.