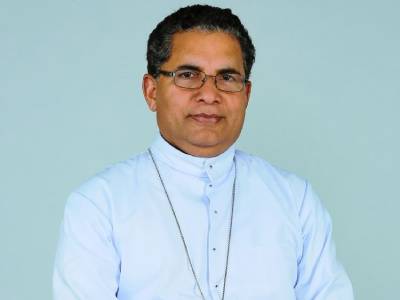 Bishop Mar Joseph Kallarangatt of the Pala diocese of the Syro-Malabar Church has stated that young Christian boys and girls of Kerala are being targeted for not just ‘Love Jihad’ but for ‘Narcotics Jihad’ too. As per a report in Kerala Kaumudi, the Bishop has been vocal about the targeting of young Christian by Islamist groups for conversion and exploitation.

Speaking at an event, Bishop Joseph Kallarangatt stated that non-Muslim boys and girls are increasingly becoming the victims of Narcotics Jihad along with Love Jihad in the state. Going a step ahead, the Bishop added that there are specific groups operational in Kerala that are targeting non-Muslim youngsters and even providing assistance to carry out targeted exploitation of non-Muslim youth. A video of the event where the Bishop made the statement was shared by the Kuravalingad Church.

Highlighting the menace of systemic conversion and exploitation, Bishop Joseph also added that special groups are working all over Kerala to target Hindu and Christian youth for either conversion into Islam and drug addiction. Their aim is to destroy non-Muslim religions without fighting with weapons, the Bishop added.

Bishop Mar Joseph Kallarangatt also added that security agencies and police personnel had already stated that Kerala has become a recruitment centre for terrorists, and such groups are trying to use the youngsters as their sleeper cells.

Bishop Joseph also added that these groups are propagating the cause to establish Islam all over the world, either by war or by any other means possible. He added that Jihadi extremists all over the world are seeking to promote racism, bigotry, hatred and the halal controversy is also a part of this.

Bishop Mar Joseph Kallarangatt had recently issued a circular among the community members in the Pala diocese, warning families against the traps of ‘Love Jihad’ and drugs. “You must be aware of the various sections and groups that have been trying to trap our female children with various tactics,” read the opening lines of the letter.

Christian religious leaders in Kerala have been warning against Love Jihad

Earlier, the Kerala Catholic Bishops Council (KCBC), has also slammed the State and Union Government for turning a blind eye to the issue, and not conducting a proper probe into the case of “missing women and children”.

In an official communique released last year by the Media Commission of the Syro Malabar Church, the Synod of the Church had said that half of the 21 women who joined the Islamic State from Kerala hailed from the Christian community.

“The menacing rise of Love Jihad stands to imperil the communal harmony and peace in Kerala. It is a fact that Christian girls are being targeted by the love jihad in the state,” the Synod stated explicitly in the press release.