The NDA government Prime Minister Narendra Modi has ushered in fundamental changes in Jammu and Kashmir over the past couple of years. Now, it has taken the decision to rename famous roads, buildings and colleges in Srinagar to honour the Hindus who were thrown out of the valley during the violent exodus 30 years ago. 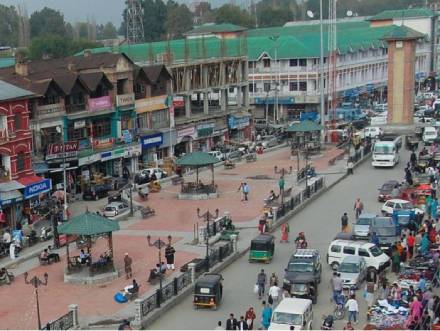 As per a Times Now report, the government has decided to rename a college after prominent Kashmiri Hindu and Indian contemporary playwright Moni Lal Kemmu. Furthermore, a road will be named after Pandit Zinda Koul, a Kashmiri poet and writer fondly known as ‘Masterji.’

The step, however, has received criticism from several political parties who see this as mere ‘tokenism’ and have alleged that the government is not serious about making the valley habitable.

Portal for reclamation of property in J&K launched

The Centre today has launched a portal for Kashmiri pandits to facilitate reclaiming their property that they were forced to abandon or sell during the exodus.

The Kashmiri Hindus while appreciating the intent have cast aspersions on the successful implementation of these measures. Indian filmmaker and Kashmiri Hindu Ashoke Pandit said that the reclamation of land and rehabilitation of Kashmiri Hindus is a tiring job. He also urged the government to include the community in the entire process.

Another Kashmiri Hindu activist Sushil Pandit revealed that a law for property restoration was brought a decade after their expulsion, however, it just led to harassment.

“..if a Kashmiri pandit was to sell his property, he had to prove that it was not in distress. This became another harassment because someone in the need of money now had to bribe government officials who made money along with real estate sharks. These kinds of half-hearted legislative prove worse than the problem,” said Pandit on the old law.

However, fully implementing the Immovable Property Act for the Kashmiri Pandits by launching the portal, the government has also ensured devolution of powers to the District Commissioners.

Additionally, the District Commissioners will now be responsible to ensure that there is no illegal encroachment of Kashmiri Pandit properties, even if no complaint has been registered.