Amidst the growing menace of Islamic radicalisation in Kerala, and cases of Kerala youth going to join ISIS, the outgoing Director General of Police (DGP) Loknath Behera has informed that the phenomenon is due to the high literacy rate of the state, reported The New Indian Express. 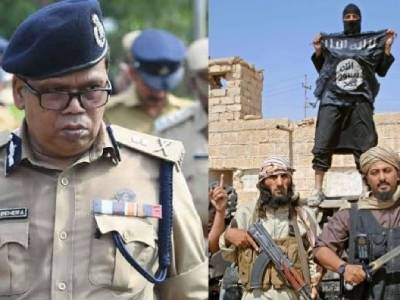 While speaking on the matter, Behera emphasised, “Radicalisation is a matter of concern in Kerala and the state police have been taking big efforts to address it by conducting de-radicalisation and counter-radicalisation programmes.” He said that the recruitment of Keralites by ISIS remained a grave concern for the State but number of recruits has reduced recently.

Behera pointed out, “According to the inputs, Kerala is a recruiting ground because the people here are educated and the IS requires engineers and doctors. But we have dealt with it in a systematic way and it has come down.” He informed that the state constituted ATS (anti-terrorist squad) to keep an eye on vulnerable individuals, provide counselling with the help of their parents and track those planning to join ISIS.

“After the exodus of 21 families to IS-controlled areas, we did lots of things. How many went after that? We have formed one of the best ATSs in the country and it is doing a great job behind the scene. That’s why there is not much concern. But we cannot be complacent,” he added.

DGP Loknath Behera also informed that the police are conducting surveillance of sleeper cells of terror outfits in the state.

The Kerala DGP, who is set to retire on June 30 this year, clarified that he has no hesitancy in invoking the anti-terror law Unlawful Activities (Prevention) Act against such criminals. He added that he used to charge such terrorists with UAPA, given that it was enacted by the Parliament. Behera’s statements come two weeks after the mother of an ISIS bride urged Prime Minister Narendra Modi to ensure the safe return of her daughter from Afghanistan.

In June 2016, four couples left Kerala for Afghanistan to wage a war against the US forces in ISIS-controlled Khorasan Province. The women were identified as Nimisha Fathima alias Fathima, Sonia Sebastian alias Ayisha, Merrin Jacob alias Mariyam, and Raffaela. After their husbands were killed, they surrendered before the Afghan government in 2019. They had expressed the desire to return back to India.

According to the charge sheet filed by the National Investigation Agency (NIA) in 2017, Sebastian had left India in 2016 to join the ISKP in Afghanistan along with a group of 21 men and women from Kerala. They had crossed over to Afghanistan on foot from Iran. The NIA said Sebastian, from Kasargod in Kerala, left India on May 31, 2016, with her husband, Abdul Rashid Abdulla, from Mumbai airport.

They had said the couple held secret classes supporting IS and jihad during the last part of Ramzan in Padanna and Kasaragod. Sebastian is an engineering graduate. Another IS sympathiser, Merrin Jacob alias Mariyam, was married to Bestin Vincent, a resident of Palakkad. The couple escaped to Afghanistan in 2016 to live in the IS-controlled territory. Later, the Chrisitan couple converted to Islam after their marriage, and Vincent assumed the identity of Yahya. Vincent was later killed in Afghanistan.

Similarly, Vincent’s brother Bexon and his wife, Nimisha alias Fathima, also converted to Islam and escaped to Afghanistan with them. Raffaela was married to a 37-year-old physician Ijas Kallukettiya Purayil a physician from Kasargod. The couple is believed to have stormed a prison in a terror attack in Eastern Afghanistan’s Jalalabad in August 2020. Around 30 persons were killed in the attack.

Various organisations, including the Catholic bodies, have been raising concerns over the targeted conversions and brainwashing of non-Muslim girls by radical elements in Kerala to use them as wives of ISIS terrorists.