1.False propaganda by mass media about measures taken by the Government for fighting against Corona with the objective of defaming Bharat at international level 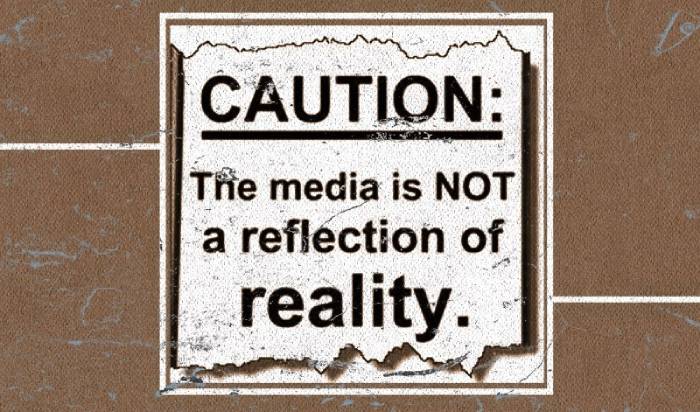 1.A. Malicious writings of ‘the Lancet’, a general medical journal !

1.A.1. Criticising Govt’s planning for eradication of Corona : It was recently published in ‘the Lancet’, a general medical journal that Bharat was unable to fight against the second wave of Corona in an appropriate manner. Many people are dying, its planning is not proper etc. Corona pandemic is a biowarfare and such event happens once in 100 years. Our medical ability fell short in fighting against it; but Bharat has made a lot of progress now. It seems as if there are few agents of China or Pakistan in Indian media. Whenever anything is published against Bharat by media of other countries, Indian media immediately pick up from there and start writing.

1.A.2. Increase in Corona cases blamed on elections held in Bharat and ‘Kumbh-Mela’ !: It was published in ‘the Lancet’ that the second wave of Corona in India was due to elections; but it is wrong. Elections were held in 5 States, rallies were held for canvassing and there were crowds; but the rise in Corona cases was not observed in those States. Similar propaganda has been made by mass media even against ‘Kumbh Mela’. Large number of people gather at ‘Kumbh Mela’ but there is no statistics available which indicates that there was an explosion in Corona cases. Moreover, the second wave of Corona was experienced in those States where neither elections nor ‘Kumbh Mela’ was held and still cases increased.

1.A.4. Opposition on the issue of export of vaccines: It was asked in this periodical that why did Bharat export vaccines? When the vaccine was exported, there were no signs of an explosion of this pandemic in Bharat. Now, it is said that vaccination is good for the country and it should be given to even minor children.

1.A.5. Periodical which works for India’s humiliation in the world !: Even earlier, many articles have been published by ‘the Lancet’ based on wrong information. The World Health Organization had also opposed them. Everything published in this periodical is not necessarily 100 % true. This periodical is working for defamation of Bharat in the world and those people, who wish for India’s decline, provide them necessary help.

2.People of this country should not fall prey to the propaganda by mass media on vaccination !

2.A. Opposition to vaccination: Vaccination was started in Bharat from January 2021 when the intelligentsia of this country, political leaders and  non-government organizations (NGOs) strongly opposed the same taking help of the media. They also declared that they would not take the vaccine. The total number of articles against vaccination published by ‘Indian Express’ were 182; that in ‘Loksatta’ were 172; 236 articles against vaccination were published by ‘Nav-Bharat Times’; 123 articles by ‘Hindustan Times’; 28 articles by ‘Times of India’, 78 articles by Wire magazine and 122 articles were published by ‘Scroll’. The vaccine, which was lauded by the whole world, was humiliated by most of the political parties. Few NGOs are always spreading false news against Bharat. Such 265 organizations had also opposed the vaccine.

2.B. Criticism and only criticism against vaccination !: Retired judges, government officers, senior police officers started talking against vaccination. Media also spread wrong information like what was the damage caused due to vaccination. As a result, initially for 2-3 months, nobody was coming forward to get vaccinated. Bharat exported the vaccine to 65 countries and those countries were happy when finally, people realised that it was the propaganda of ‘over-learned’ people in this country. People started crowding for vaccination as the second wave hit the country. Now the supply of vaccines is less and the number of people who wish to get vaccinated is more.

2.C.Anti-nationals trying to pull down their own country !: As people started going for vaccination, the same media started propaganda that there was shortage of vaccine in Bharat; then where was the need to give the same to other countries. It is nothing but high-handedness of the media that wants to have the last word! There are many antagonists within who want to pull down this country but the general public should not fall in their clutches.

3.Indian judicial system is expected to dispose of the pending cases and do justice to people rather than managing administration !

3.A. Limitations of Court and duties of Administration ! : The judicial system has started looking into fields which are not under their purview. A Bench of the Supreme Court decided to set up a committee of 12 experts for distribution of oxygen. There are thousands of hospitals in Bharat which don’t have knowledge of the distribution system. How can they distribute oxygen in this country? It is the job of administration. Court can admonish administration but cannot enter the field of distribution. One Division Bench of the Supreme Court had appointed a committee to know the expectations of people who had staged agitations against CAA; but it couldn’t do anything in the matter.

3.B. When a government makes law, there can be few appropriate or improper things in it; but it is not the job of the Court to examine the same and to decide about its correctness. A committee was also formed during farmers’ agitations. Long discussions are held in Parliament sessions whenever any Bill is to be passed and only then does it become a law. It is passed with majority even if few members may be against the same. In this case too, the farmers’ organizations didn’t pay much heed to the committee set up by the Court.

3.C. Presently, millions of cases are pending in the Supreme Court and High Courts and they are not able to do justice to people. In such a situation, they should try to dispose of the pending cases quickly and do justice to people rather than looking into administrative matters.

4. Case should be filed against China in the International Court to recover the damage caused due to Chinese virus !

It was observed during the second wave of Corona that the virus was genetically modified. Generally, when any virus mutates, its strength goes down; but this virus seemed to get stronger on mutation. This virus has been created by using the method of artificial intelligence.  The World Health Organization (WHO) has not been able to do much in this matter other than being foolish.

Indian mass media has said that Chinese virus when mutated in India, WHO named it as ‘Indian Variant’ but WHO didn’t call it a Chinese virus when it originated from China as it was then called Corona or Covid 19; still the variant was called as Indian variant; therefore, our media should have questioned WHO. It is, however, a different method of humiliating Bharat. Few scientists researched and found that the Chinese virus was prepared by China in 2016. China has started biowarfare and its planning was done in the year 2015-16. Considering the magnitude of damage caused, a case should be filed against China in International Court for getting compensated for the huge damage caused due to this virus and China should be pressurized to make good the loss. A case should be filed in the International Court against China !