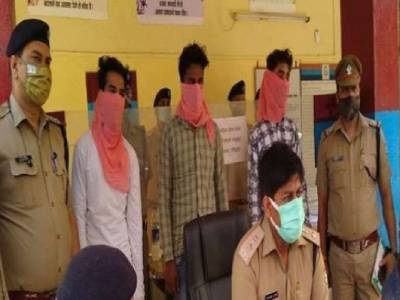 On Saturday (April 24), a 19-year-old girl named Nidhi Paswan was murdered at her residence by her stalker and his two aides. The incident took place in Krishnanagar street number-20 of Roorkee in Uttarakhand, which falls under the jurisdiction of Gangnahar police station.

As per reports, the primary accused has been identified as Haider Ali. He would stalk and pass derogatory remarks at the victim every day. He had even approached her for marriage but the offer was turned down by Nidhi. An enraged Haider, along with two aides Sariq and Riyan, reached her house on a bike. They broke into her home on Saturday afternoon and murdered her in broad daylight.

Her throat was slit open by the trio. While Riyan and Sariq managed to flee the crime scene, Haider was caught red-handed by locals after they heard the screams of the victim. He was then handed over to the police. Reportedly, Nidhi Paswan was a BBA student and also worked at a local beauty parlour. BJP MLA Deshraj Karanwal said, “These men killed an innocent girl brutally in broad daylight. They must be put behind the bars and the law should take its course against them.”

All accused arrested by the cops

He along with the family members of the victim staged a sit-in demonstration and demanded the immediate arrest of the three accused. While speaking about the matter, SP (rural) Pramendra Singh Dobal informed that a case was filed following a complaint by the victim’s brother Dinesh. The two absconding accused were arrested on Sunday morning by Inspector Manoj Manwal from near Rahimpur gate.

The police also informed that Haider Ali knew the victim for over 3 years. On returning home from Dubai, he began chasing Nidhi every day. But an uninterested Nidhi did not pay any heed to him. The cops said that Haider and his two friends had come to her house with the intention to murder her. They had first thrashed the victim, before slitting her throat with a paper-knife.

Police team awarded for solving the case within 24 hours